"Eyes" are the design challenge from Art Elements this month.

It is said that the eyes are the window to the soul.  Before starting this blog post, I looked up sayings that have been written about the eyes and I'd like to share them before continuing on.


Where words are restrained, the eyes often talk a great deal.  Samuel Richardson
The eye sees a thing more clearly in dreams than the imagination awake.  Leonardo da Vinci
My eyes are an ocean in which my dreams are reflected. Anna M. Uhlich
The eye is the jewel of the human body.  Henry David Thoreau
And, since one of the things I do is paint miniatures of animals, I also went on a search for sayings about animal eyes.
An animal's eyes have the power to speak a great language.  Martin Buber
When I look into the eyes of an animal, I do not see an animal.  I see a living being. I see a friend.  I feel a soul. APlaceToLoveDogs.com

One cannot look deeply into the eyes of an animal and not see the same depth, complexity and feelings we humans lay exclusive claim to.  Nan Sea Love
Painting the eyes of the animals that are my subjects is one of my favorite parts of the process and I do it as soon as possible as that makes the painting come alive for me.  Once the eyes are done, I feel like I "know" the animal and I try my best to convey what it is feeling or thinking through it's eyes.
Here are a few examples of some of my past works all of which are slightly larger than an American quarter - I hope that you can see the feelings and emotions they are experiencing: 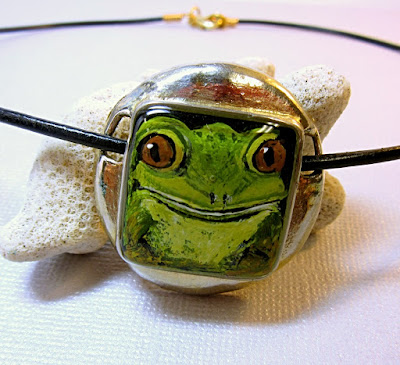 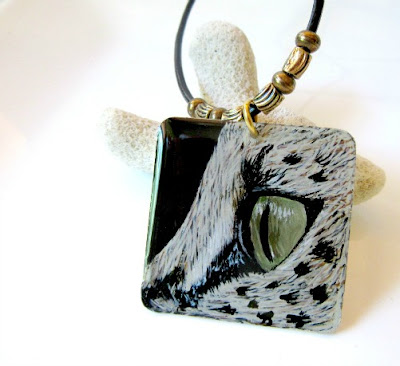 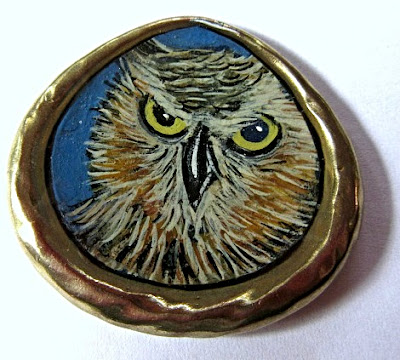 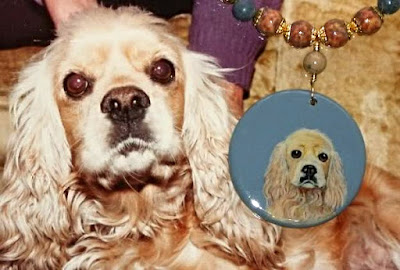 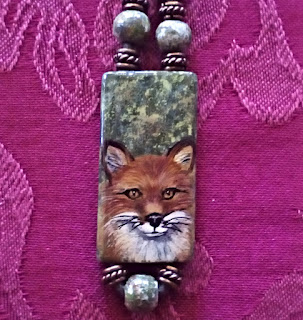 For this month's Eye Challenge, I decided to revisit a project I started quite some time ago, and then for reasons that have been long forgotten, set aside and never looked at again.   Cat, of Cat's Wire  also has a hand in this as she recently challenged me to finish this WIP (work in progress).  Cat, I hope you are pleased with my progress. :-)
This project started out as fan art in tribute to the character of Wolf in the book "The Mammoth Hunters" by Jean M. Auel. Set in phehistoric times, "The Mammoth Hunters" is one of a series of books about a young cro-magnon woman named Ayla who adopts a young orphaned wolf pup whom she names Wolf.  My little paintings depict how I imagined Wolf from a pup to adult wolfhood and some of the adventures he may have experienced along the way.  As always, the eyes were among the most important parts of the paintings.
I painted each scene on wood coin beads slightly larger than an American quarter.  There is one scene on each side for a total of eight little paintings that tell Wolf's story.  They will eventually be made into a bracelet, but unfortunately despite working on these every spare moment I had this past month, I was unable to finish them due to other previous commitments.  Yep, life got in the way.
It's always been my feeling that it's never a good idea to rush art, so I gave in to the fact that these wouldn't be done in time for the challenge, but they are finished enough to give readers a pretty good idea of where this project is eventually going to go.  I will not be showing you the individual beads that don't focus on Wolf's eyes as that would not be on topic for the challenge.
Wolf as a pup who has been rescued by Ayla and is seeing the world outside of his den for the first time: 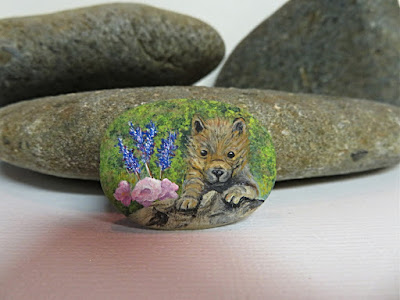 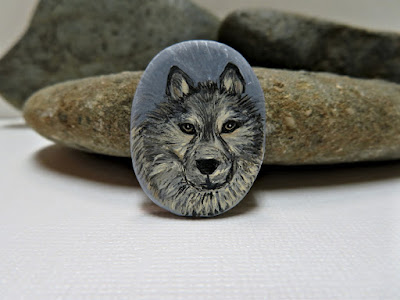 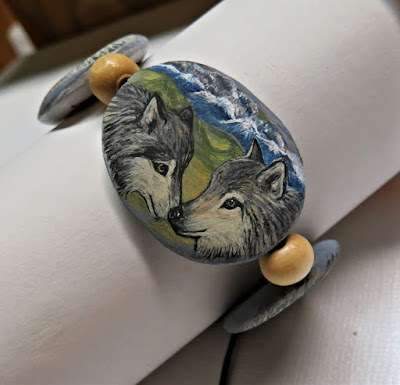 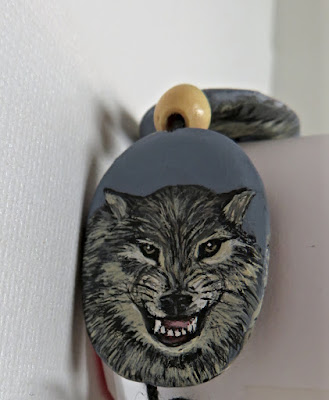 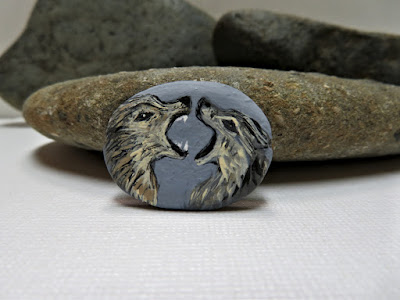 And, this last one - a wolf howling at the moon is reflected in the eye of another wolf.  Did Wolf or the intruder win the battle?  Is Wolf the one howling or is he the one watching?   That is up to the reader to decide as well as to decide how the story ends: 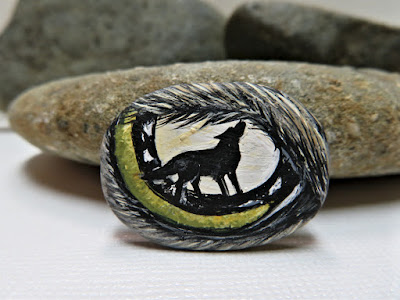 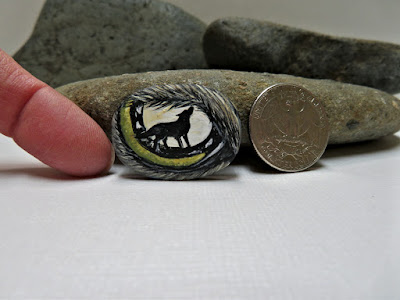 Once all of the paintings are finished, the beads will be sprayed with a sealer to give them a glossy finish and to protect the paint.  They will then be made into a bracelet with reversible sides and will look something like this when done; the quarter gives another size reference: 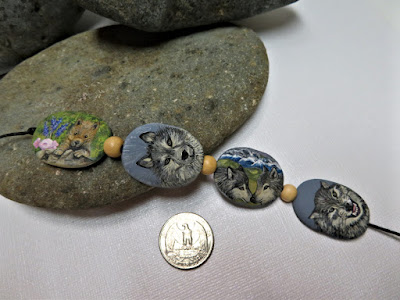 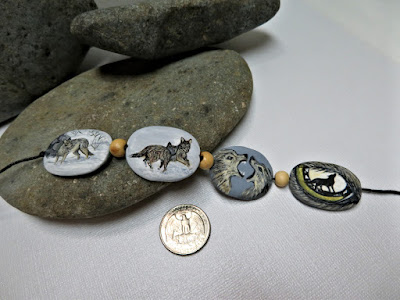 I hope you have enjoyed the story of Wolf and that you have been able to see into his soul as well as experience the depth and complexity of his thoughts and emotions through his eyes.
To see what the other participants in this month's "Eye" challenge created, please click on the links below:
Susan
Marsha
Claire
Cathy
Jenny
Niky
Jennifer
Laney
Dawn (me)
Hope
Beth & Evie
Kathy
Michelle
Tammy
Cat
Elaine

Posted by JewelryArtByDawn at 11:08 PM