We weren't sure what to expect while in Bangkok, Thailand for New Year's Eve, but we figured it would be fun.  We weren't disappointed.  The crowds were out and after a couple of drinks at Mulligan's, we walked the length of the street for what was turning into a large block party.  There were balloons everywhere and it all looked very festive. 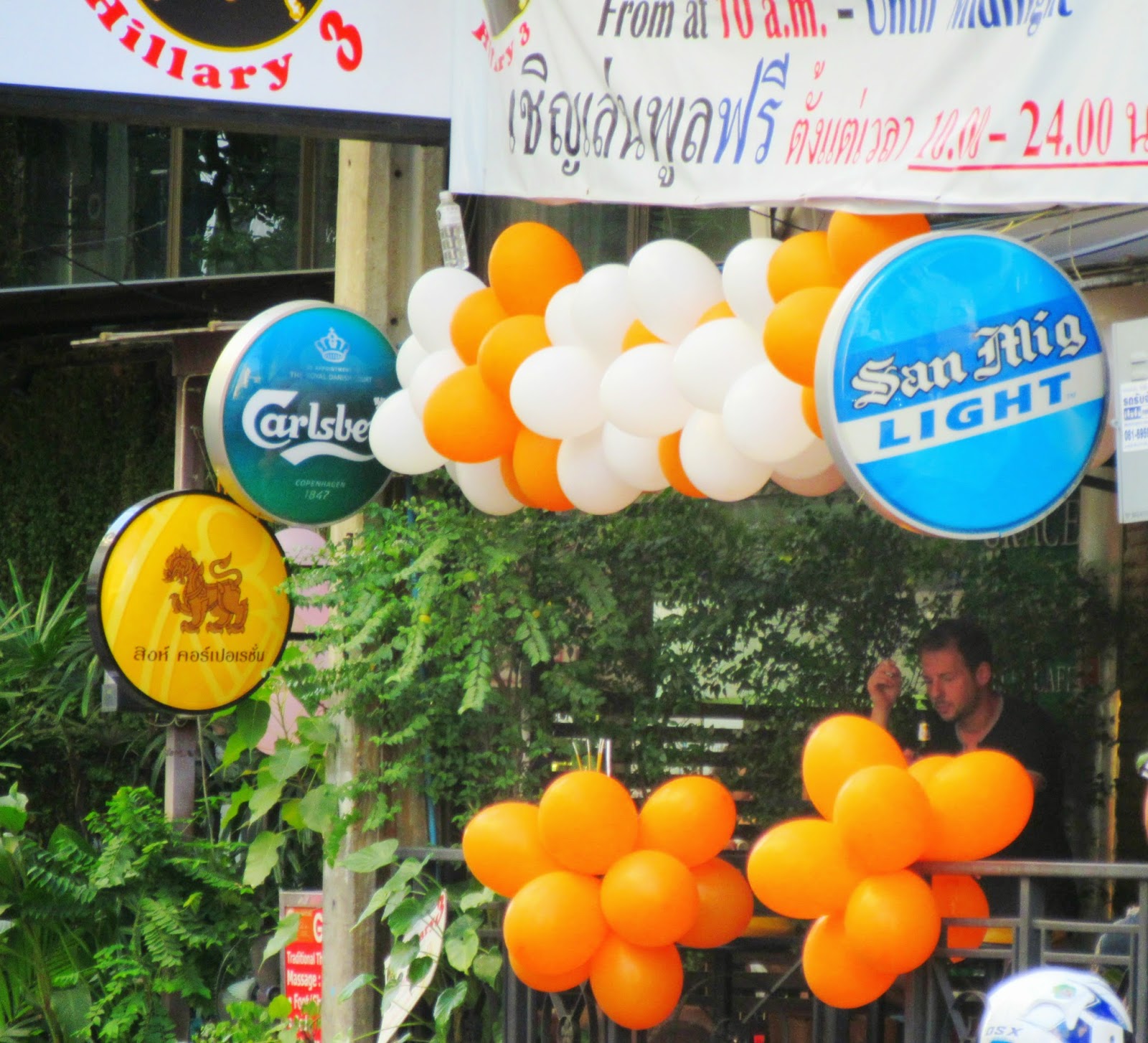 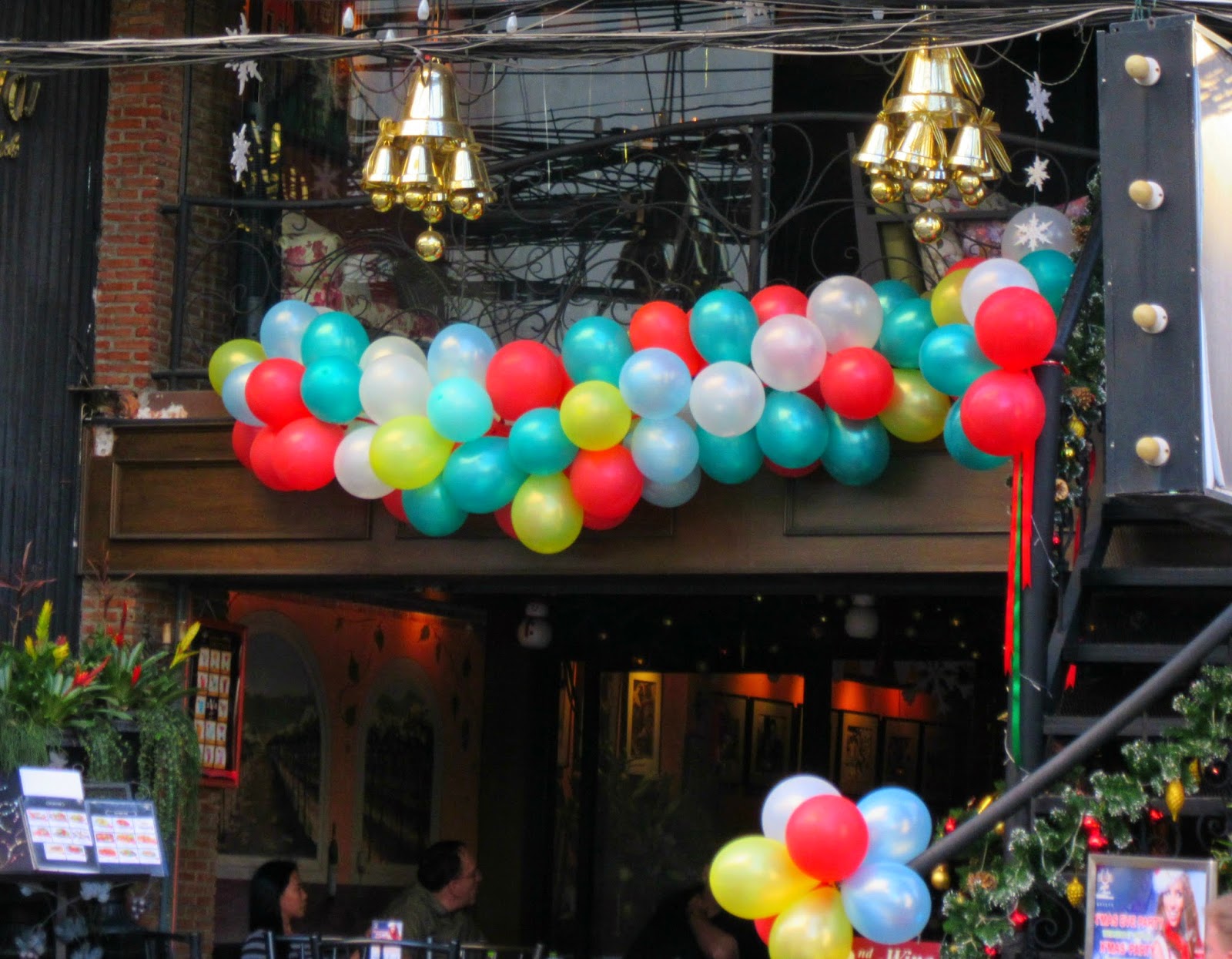 This photo was taken in another neighborhood where we went for dinner before heading back to our part of town. 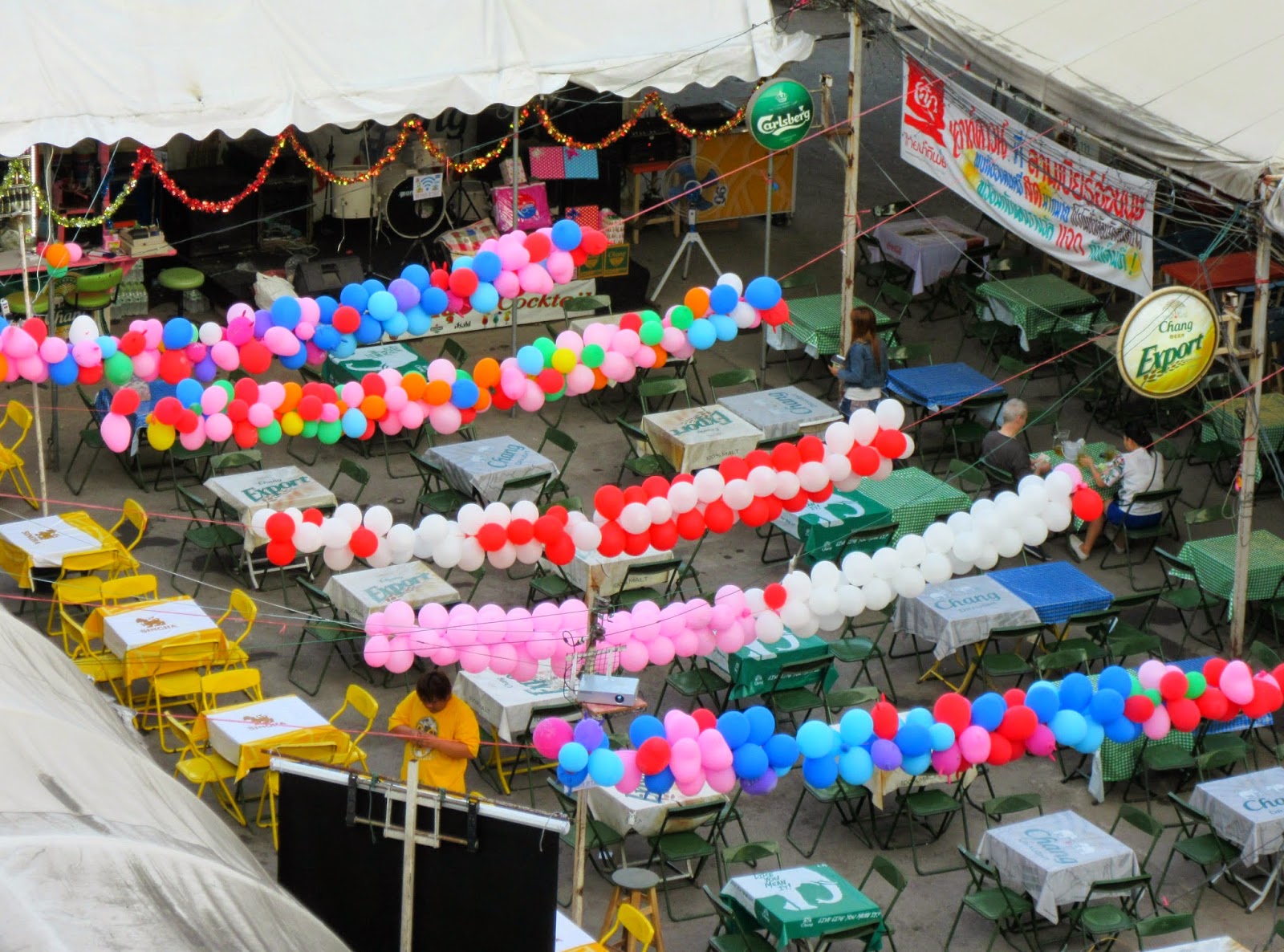 Back at our neighborhood a band was setting up. 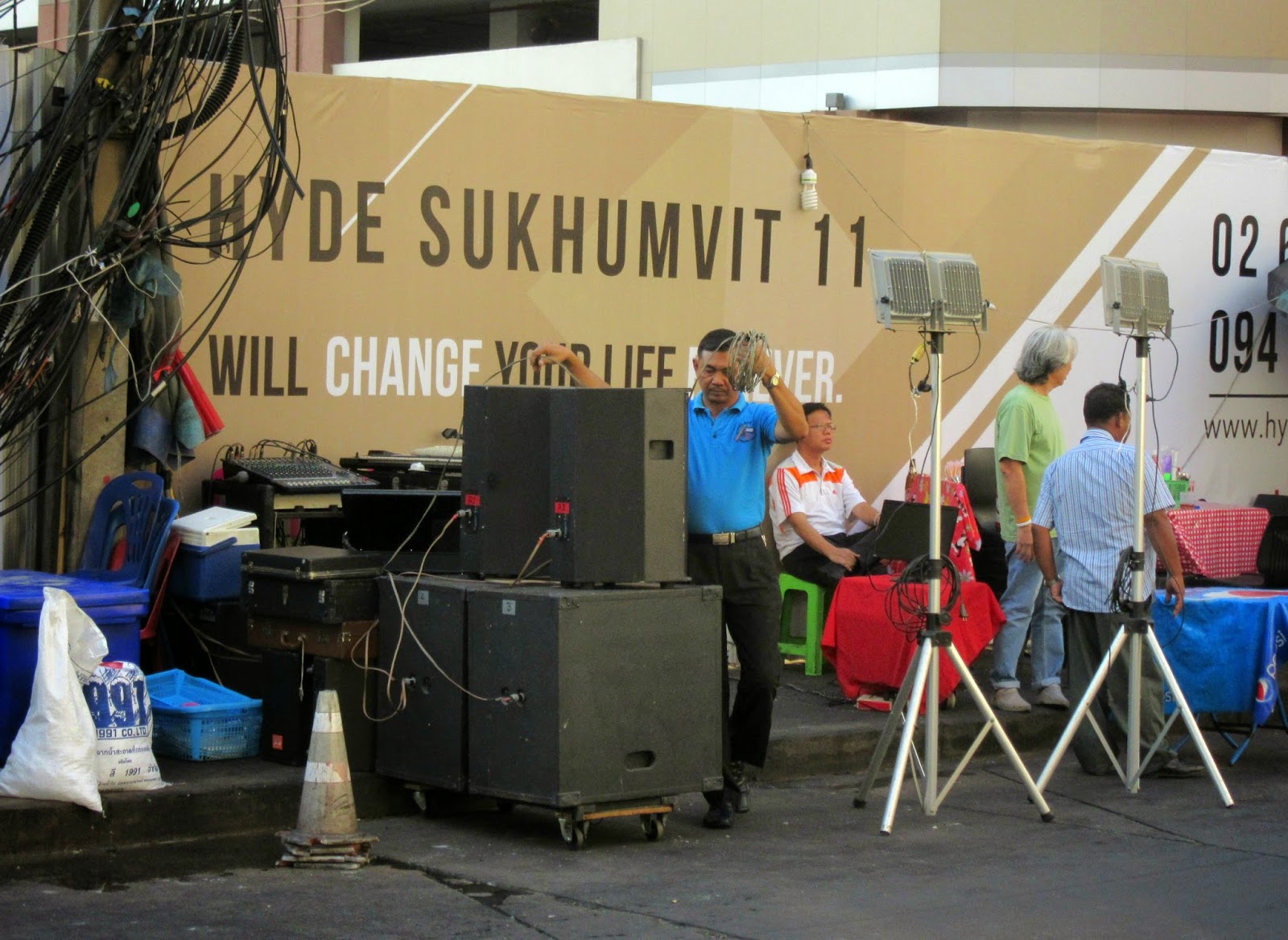 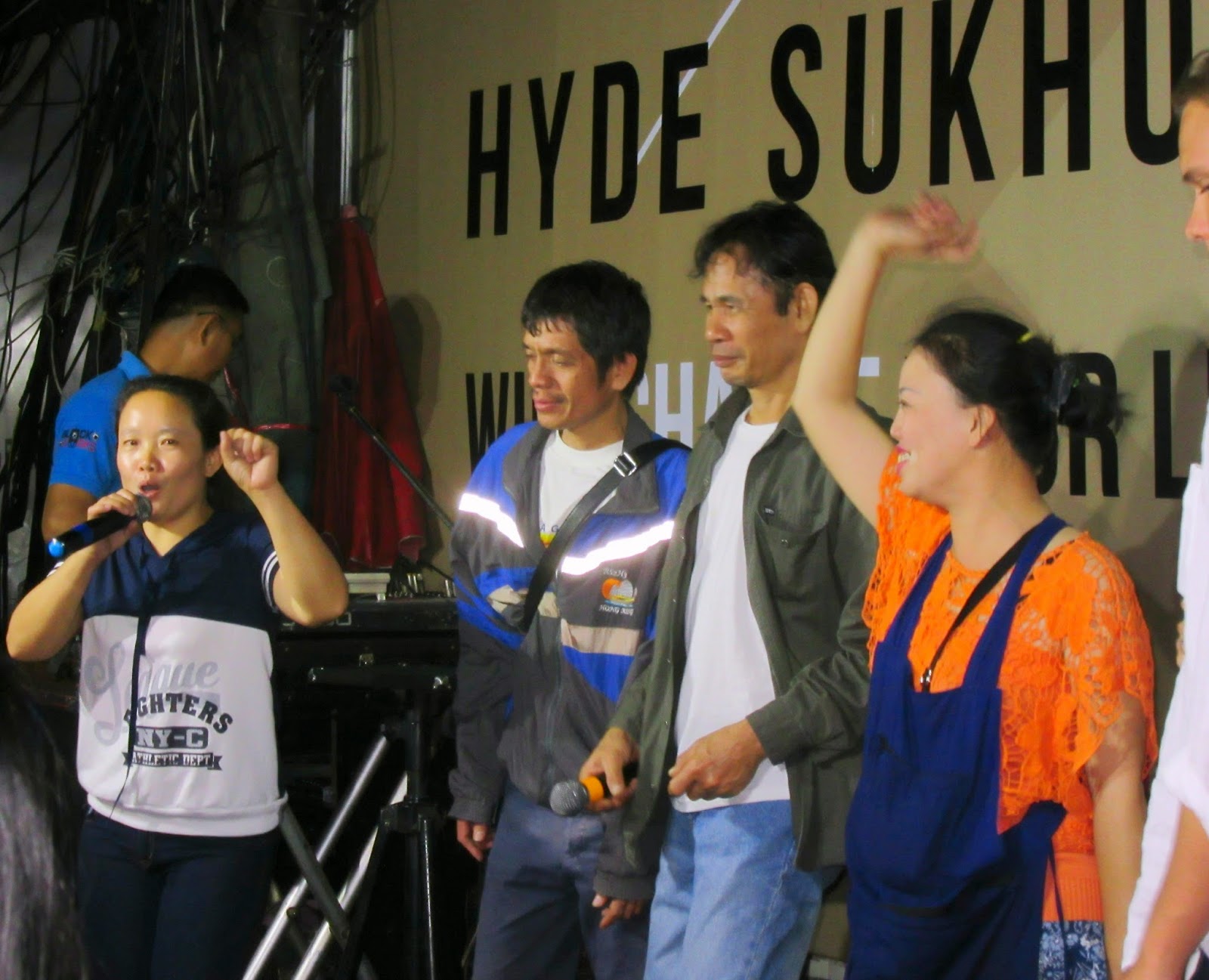 Mobile bars were parked all along the sidewalk.  These were pretty much shut down due to political changes in Thailand this past year, but apparently they were allowed to do business on New Year's Eve. 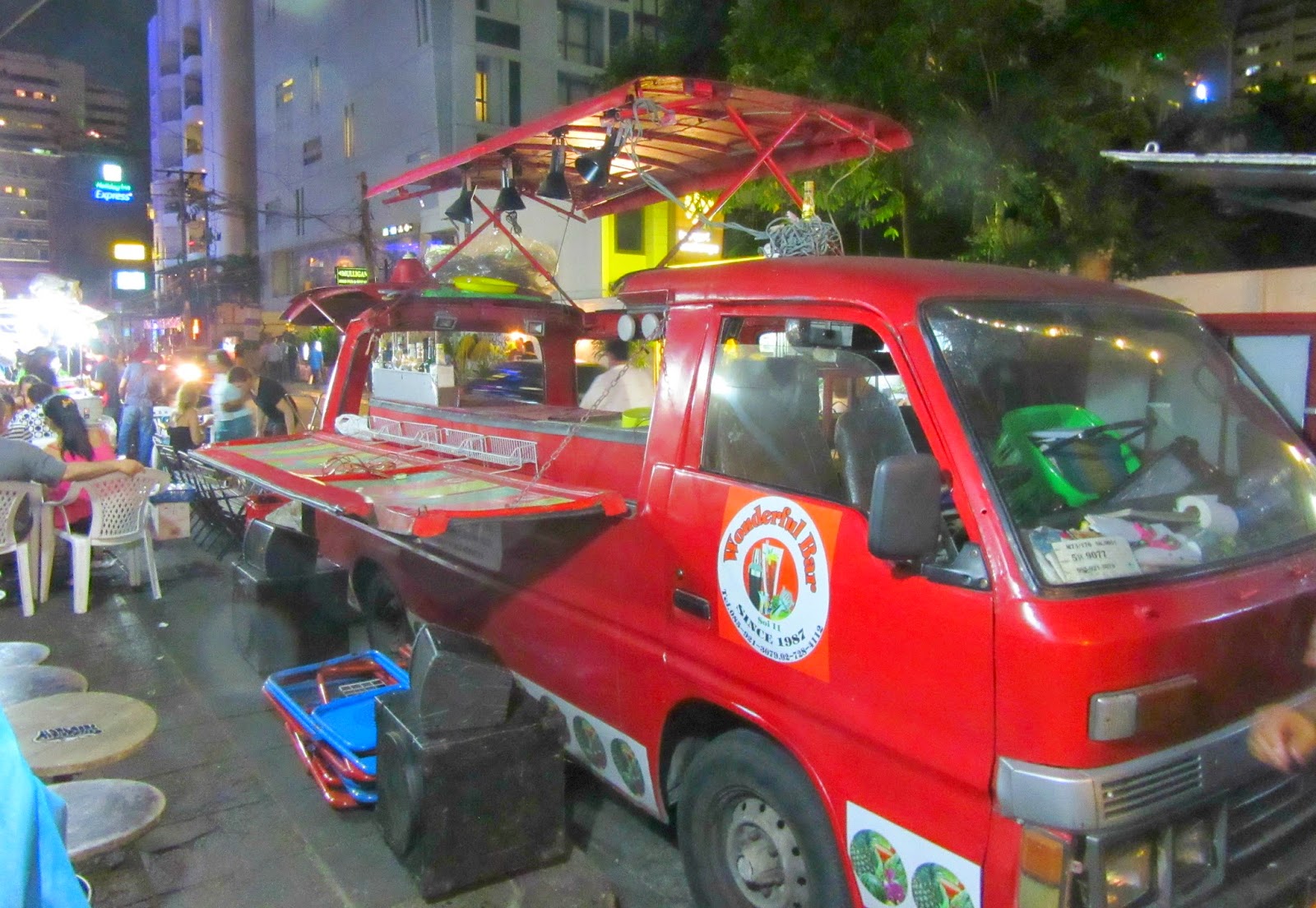 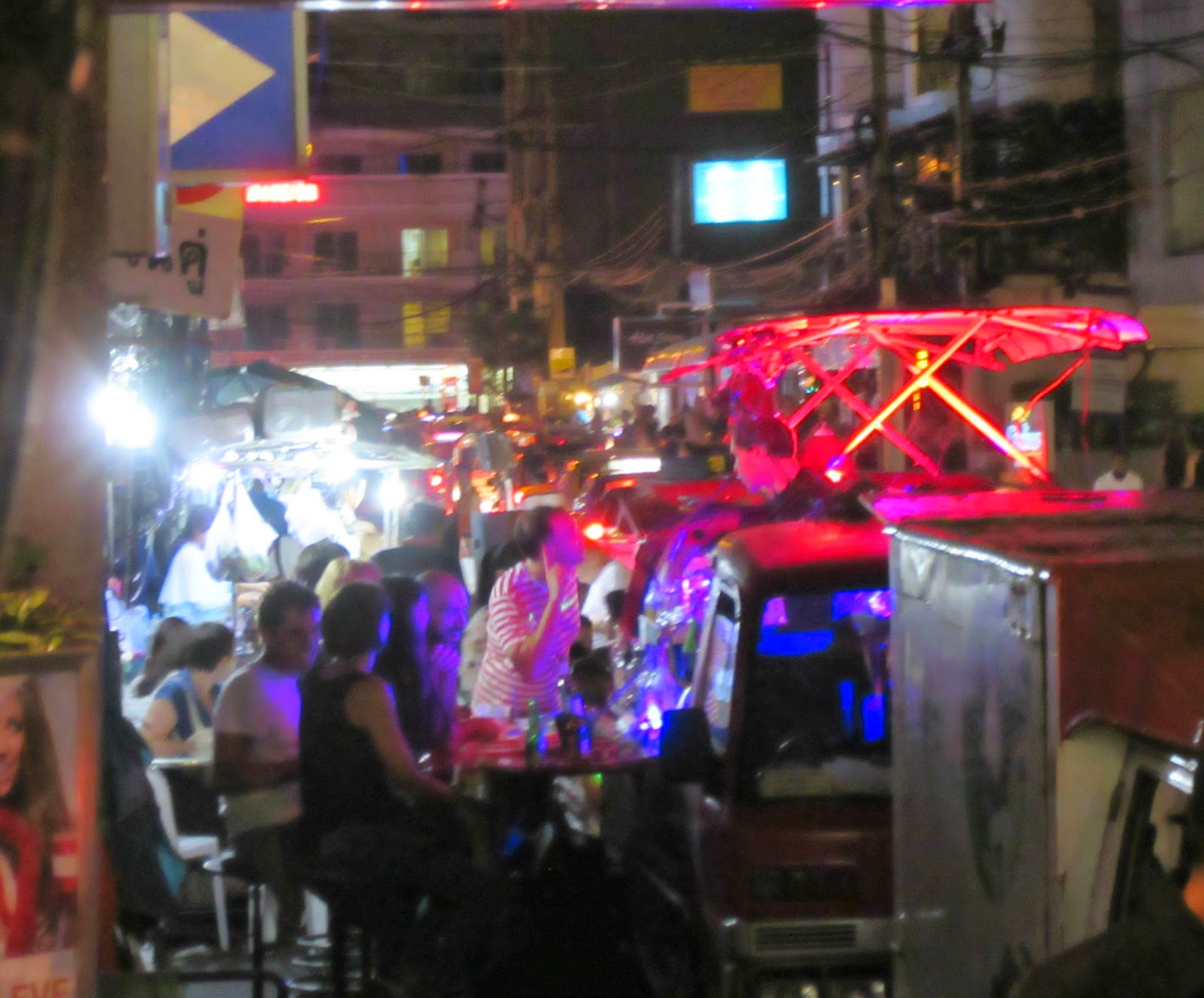 A rocking good time was had. 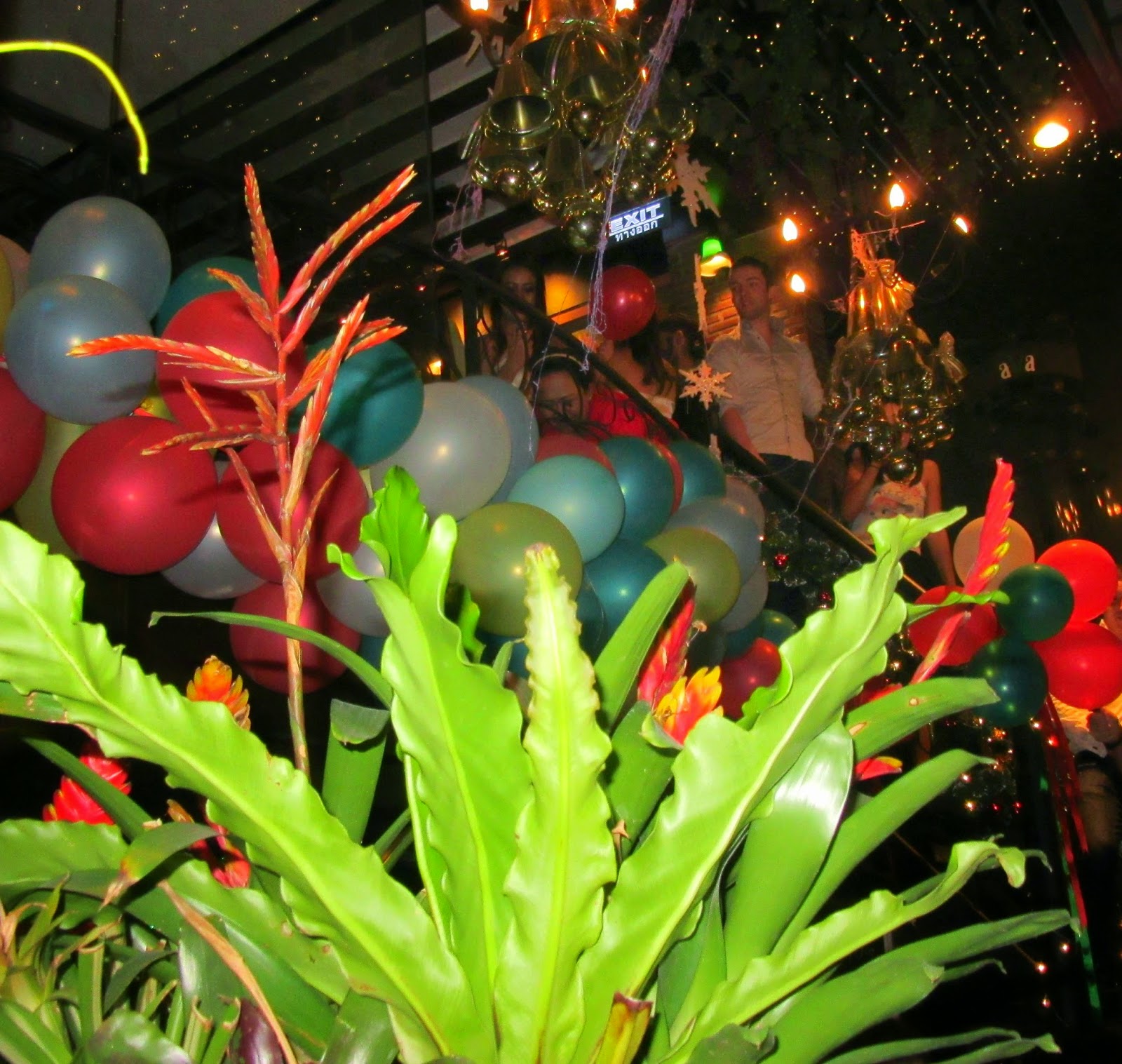 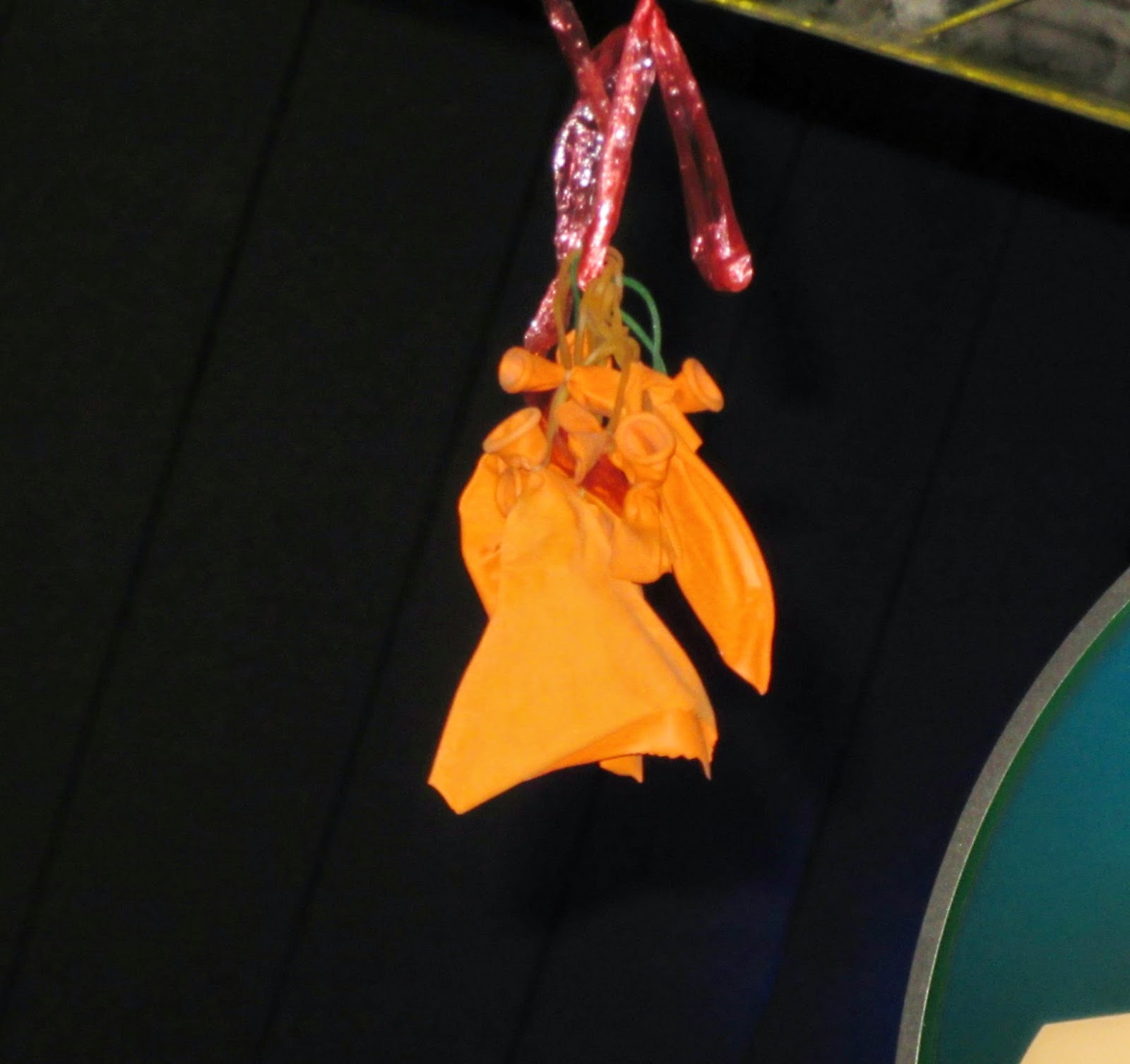 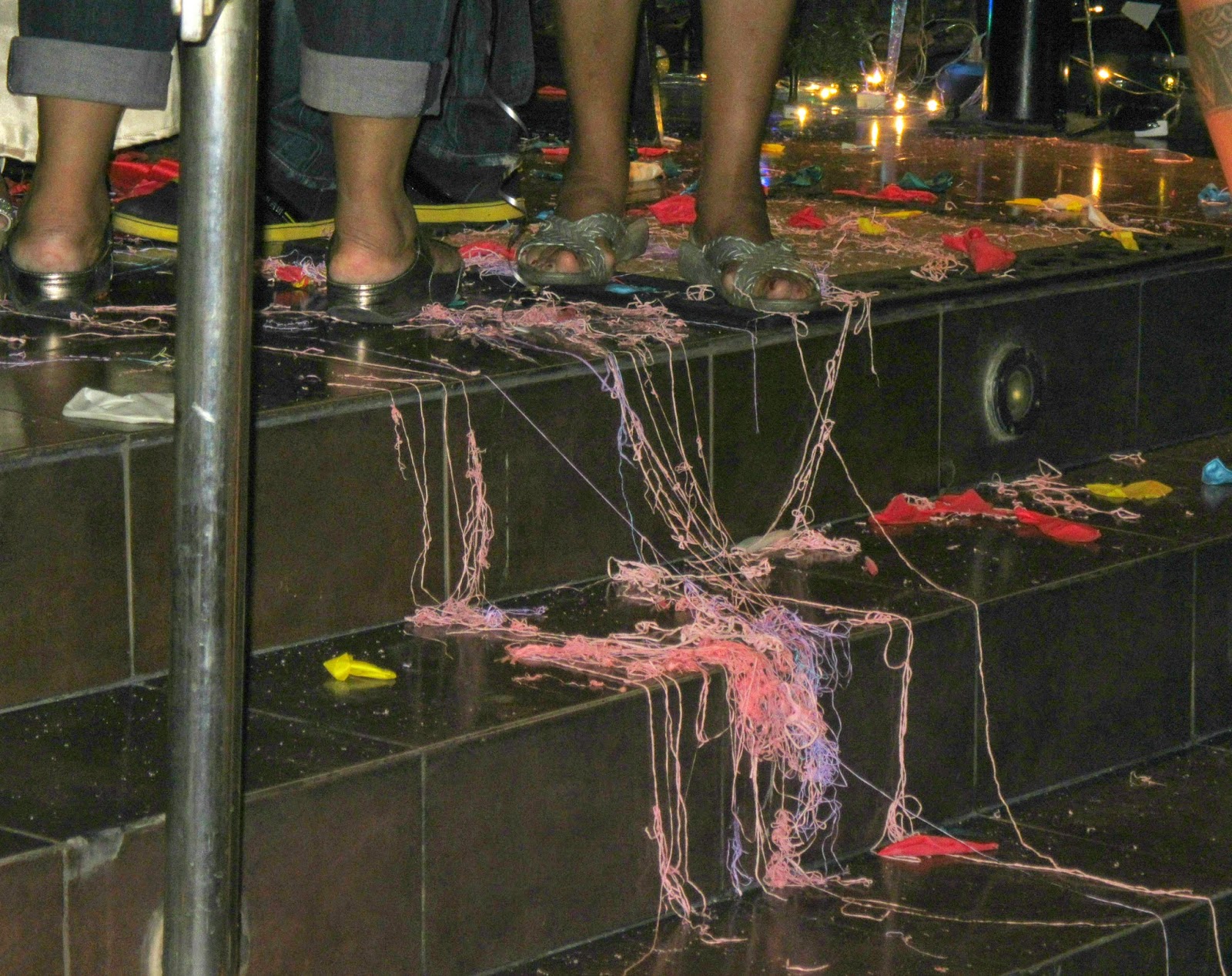 Best wishes to all for a happy, healthy and prosperous New Year in 2015!