Lee Shamrock is an amazing one man band who is originally from Southern California and who found his way to Bangkok where he's been performing the past 14 years.  I can't say enough about how much we enjoyed his music and singing.  He has a wide range of mostly classic rock from American, English and Australian bands.

The first time we saw Lee was at Mulligan's Irish Pub which is next door to our apartment. 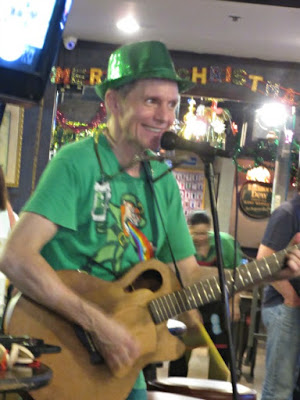 We came in at the second half of his show which left us wanting more.  After the show, we stopped to tell him how much we enjoyed it and he told us he'd be at the Australian Bar, which is across the street, the following Tuesday so we made plans to attend. 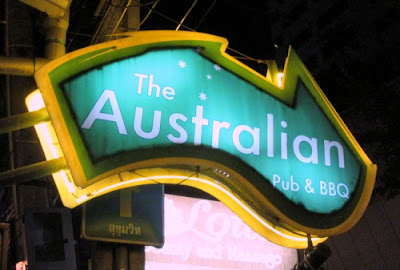 Once again, Lee did not disappoint. 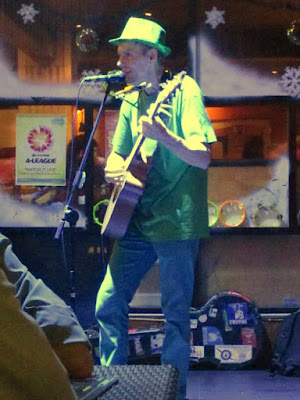 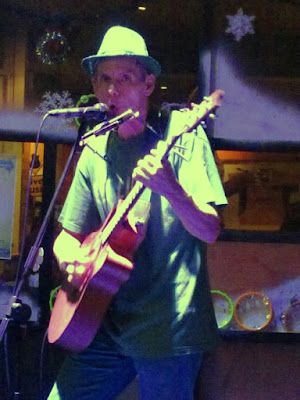 In addition to playing the guitar and the harmonica, he also plays the tambourine with his foot. 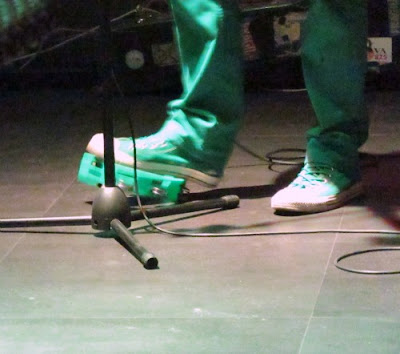 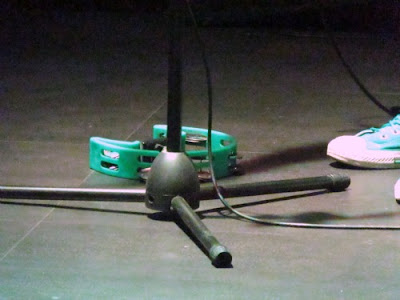 Members of the audience got involved too! 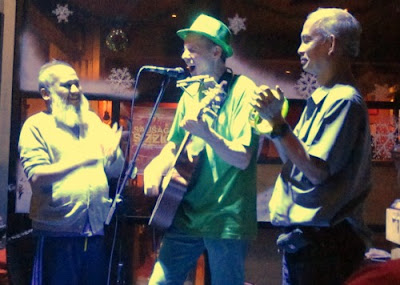 If we get a chance to see him again, we probably will.  He really knows how to put on a show that is thoroughly enjoyable.  To follow Lee Shamrock on Facebook, click on the link provided which will take you to his page:  Lee Shamrock Facebook Page