The big day has finally arrived!

Our flight isn't until tomorrow, but it leaves at 5:30a.m. and it's a 1.5 hour drive to the airport, so we have decided to spend the night nearby.  We were pleasantly surprised by our hotel room especially the sitting area. 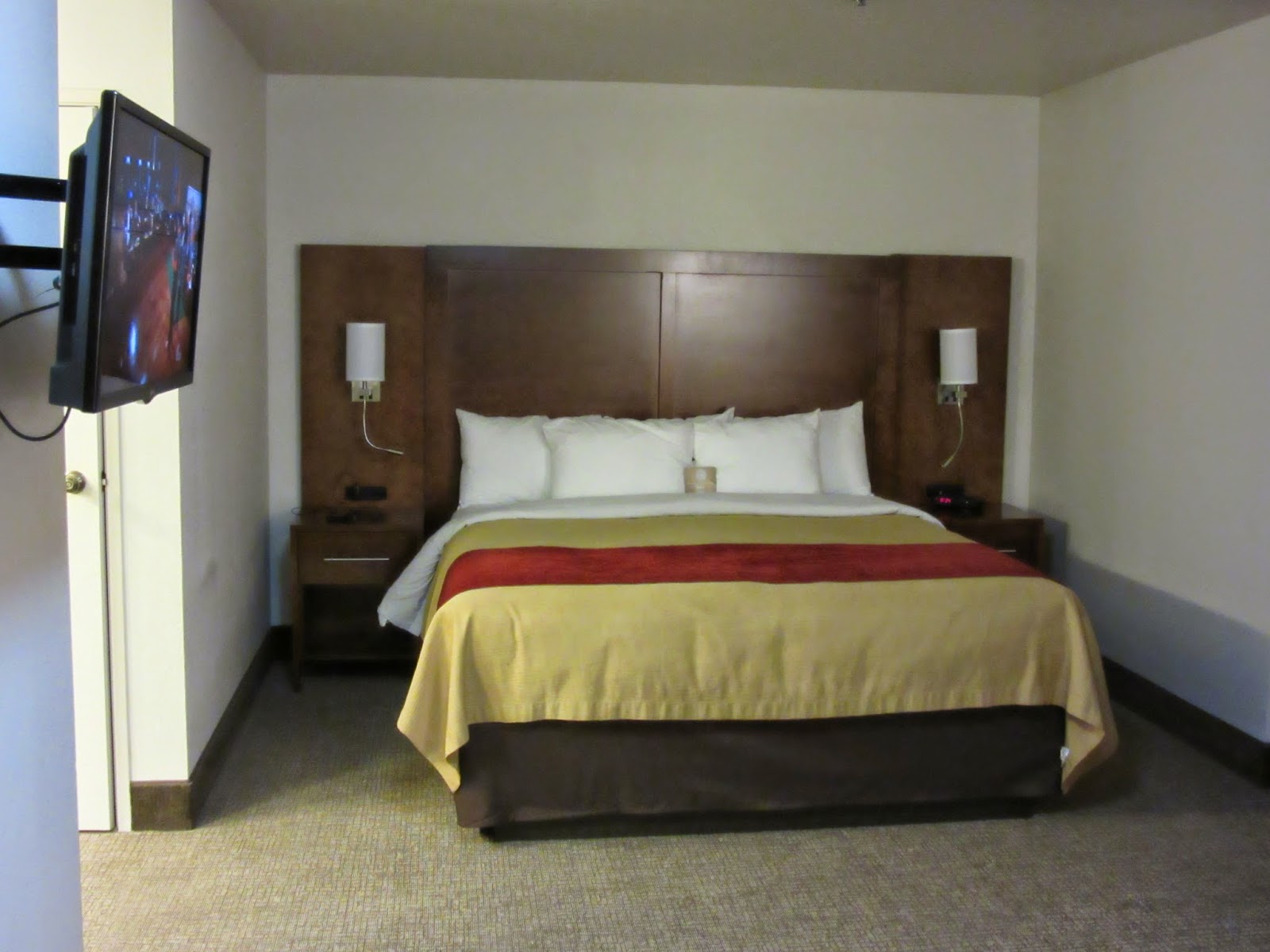 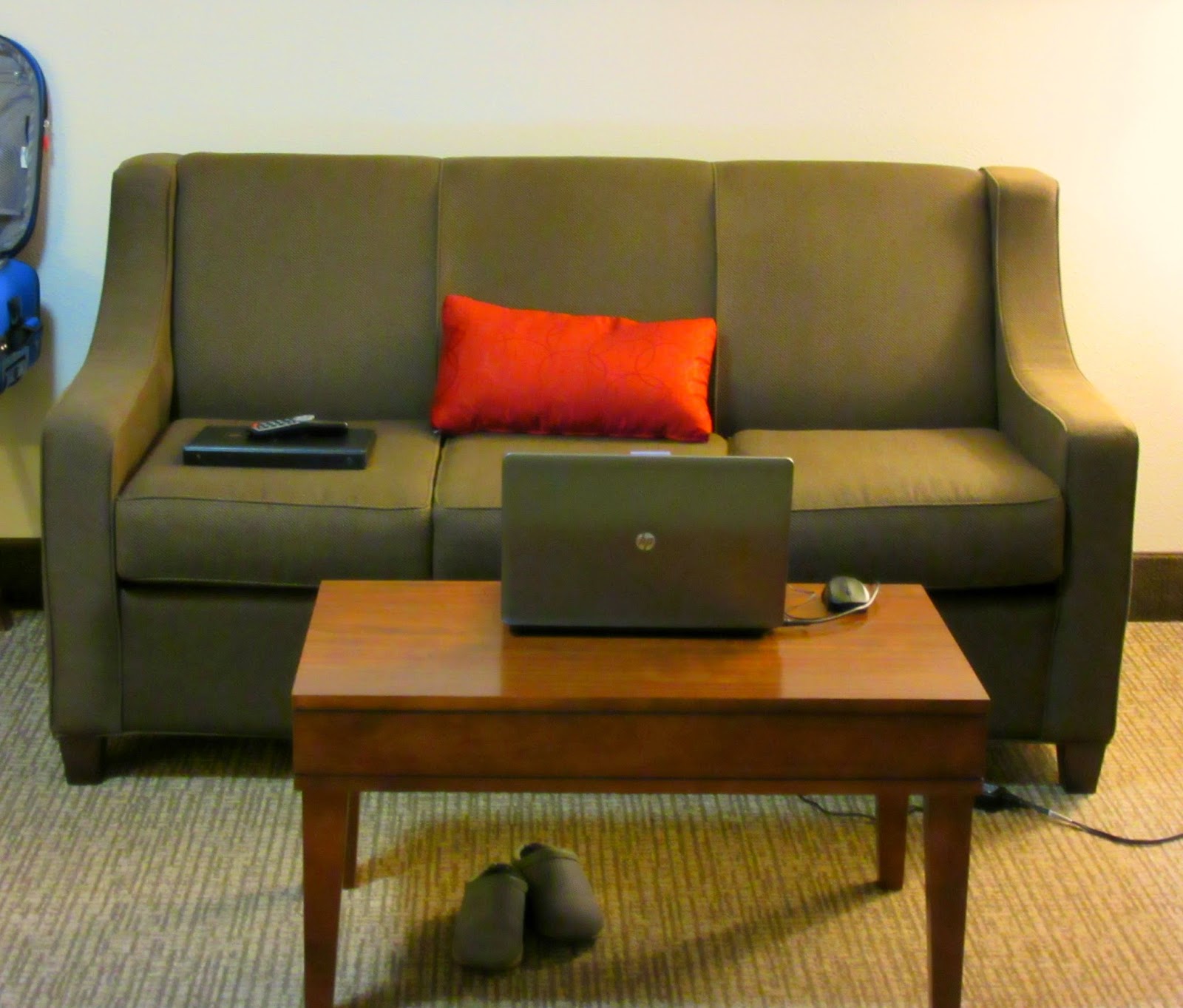 A storm was moving in to Northern California and it was drizzling in San Francisco.  A good time to escape!

Our plane - Asiana Airlines non-stop to Seoul, Korea.  So begins a 13 hour flight. 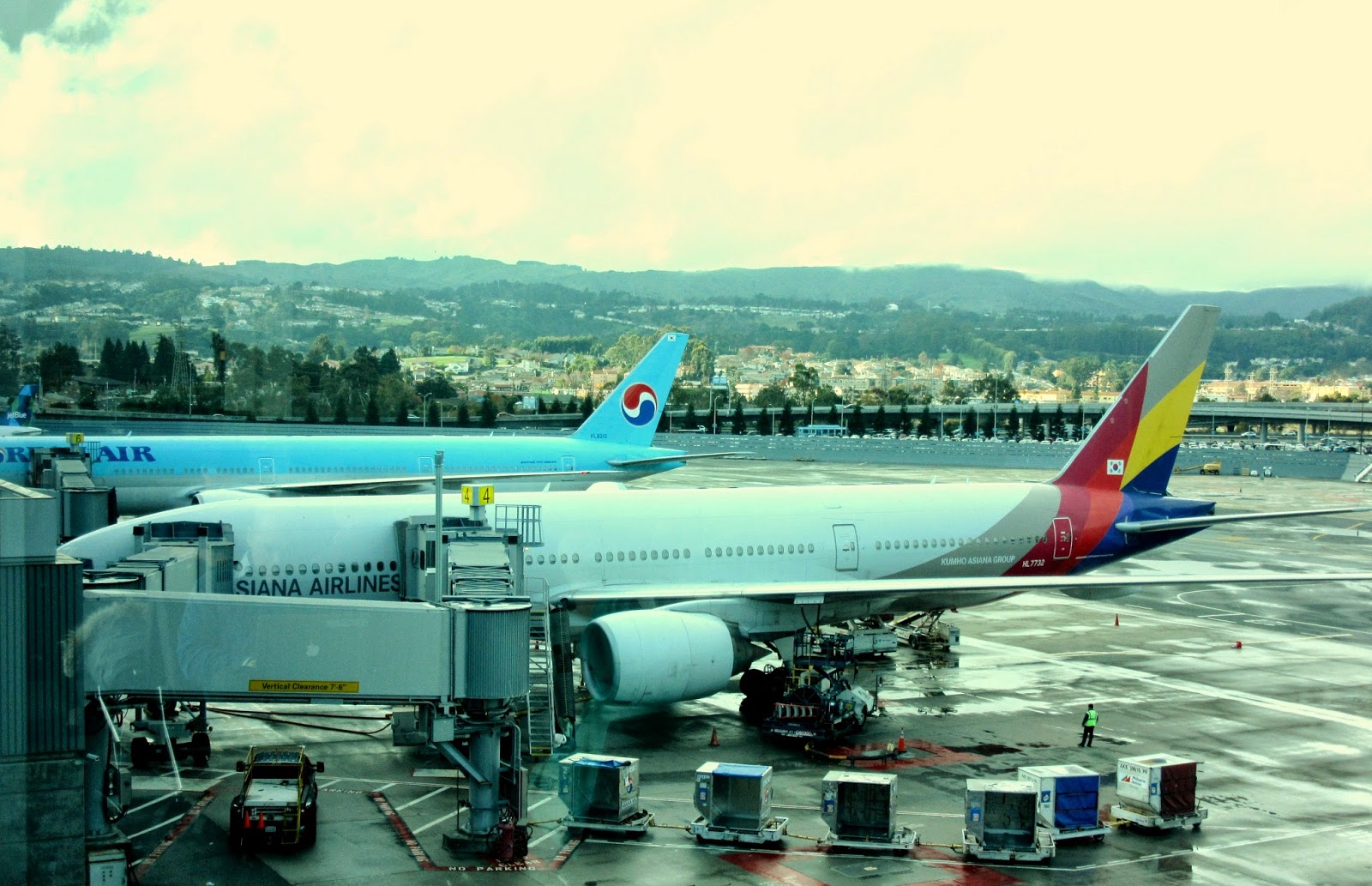 On a flight this long, first or business class is the only way to fly.  Each seat is surrounded by privacy panels and the seats are also staggered in the rows giving one the feeling of being the only passenger on the plane.  With seats that convert into a flat position with a pillow and blanket provided it's possible to get a few hours of real sleep.  The pods also have storage cubbies and individual tvs with plenty of movies, games and music to choose. 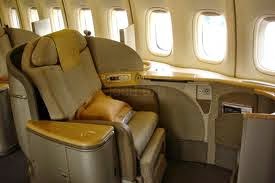 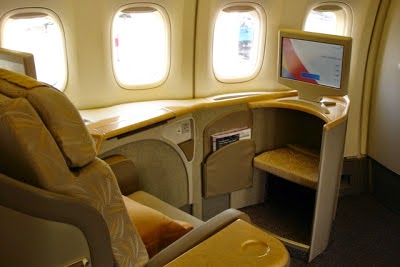 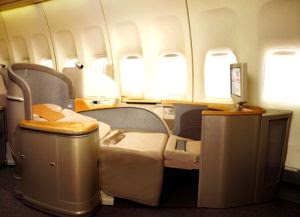 Our meals started with a menu: 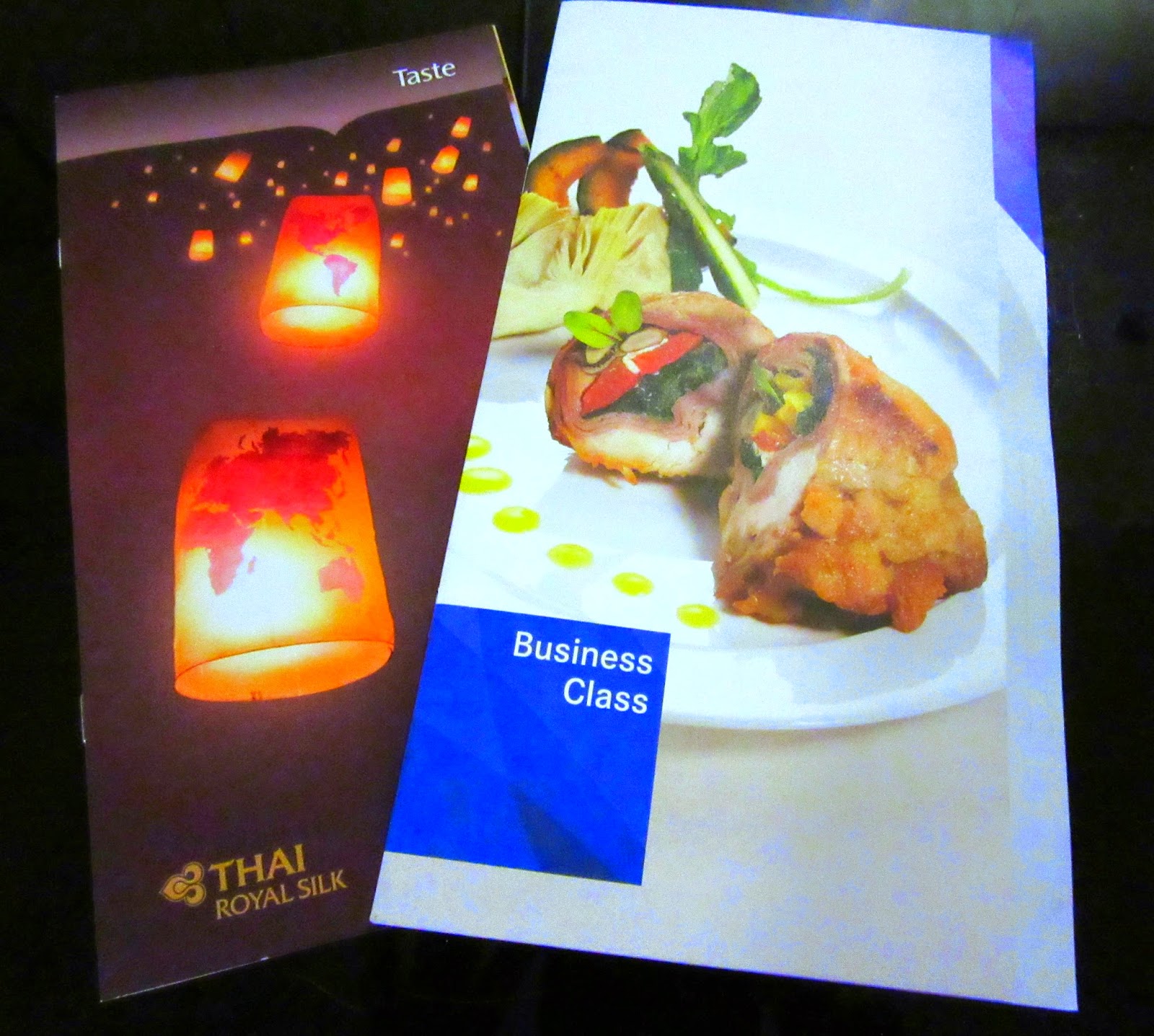 The food was amazing - quite a step up from reheated frozen dinners!  The following pictures are one of three meals we were served on our flights: 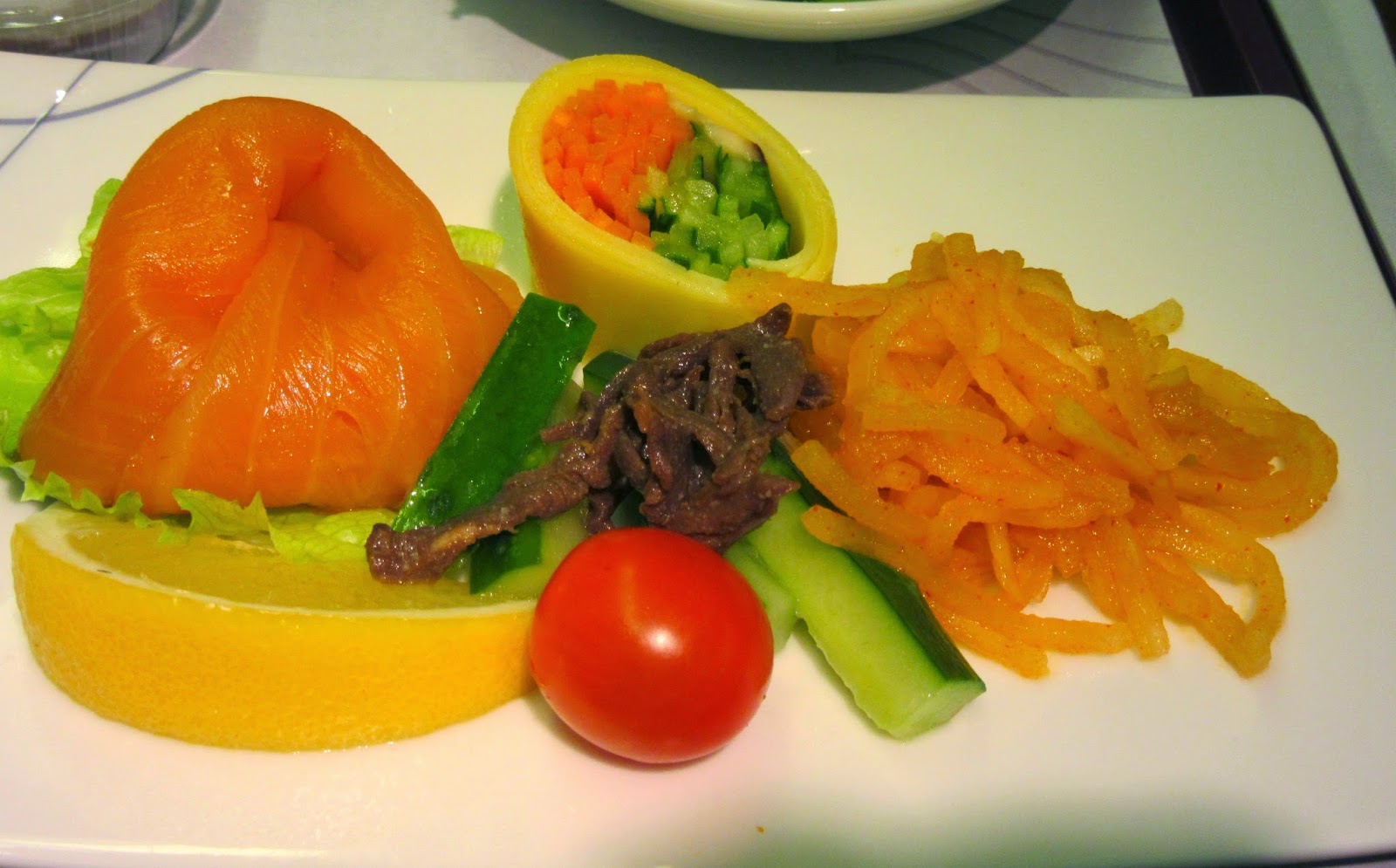 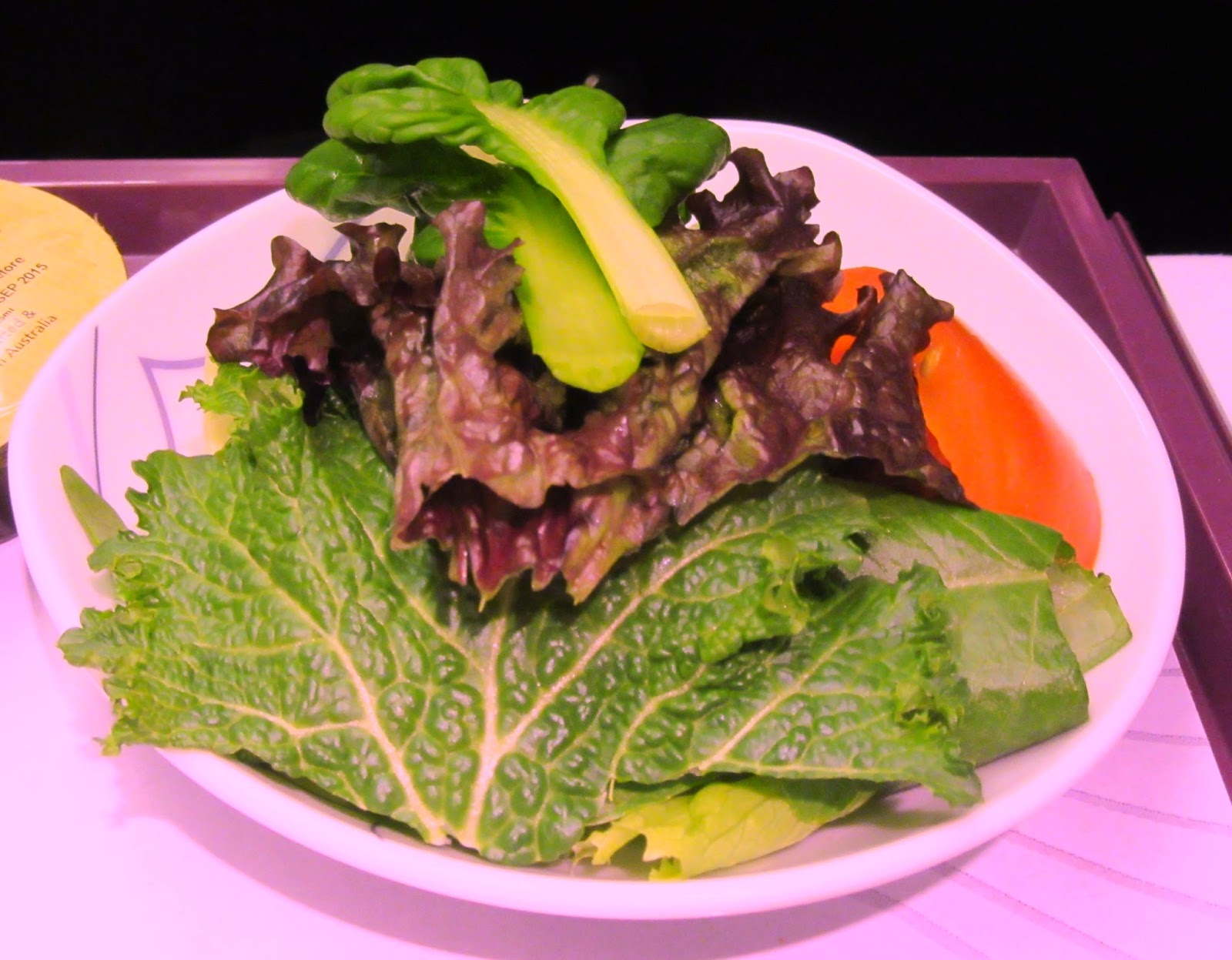 Kimchi is a national Korean dish consisting of fermented chili peppers and vegetables, usually based on cabbage.  It is spicy and so good! 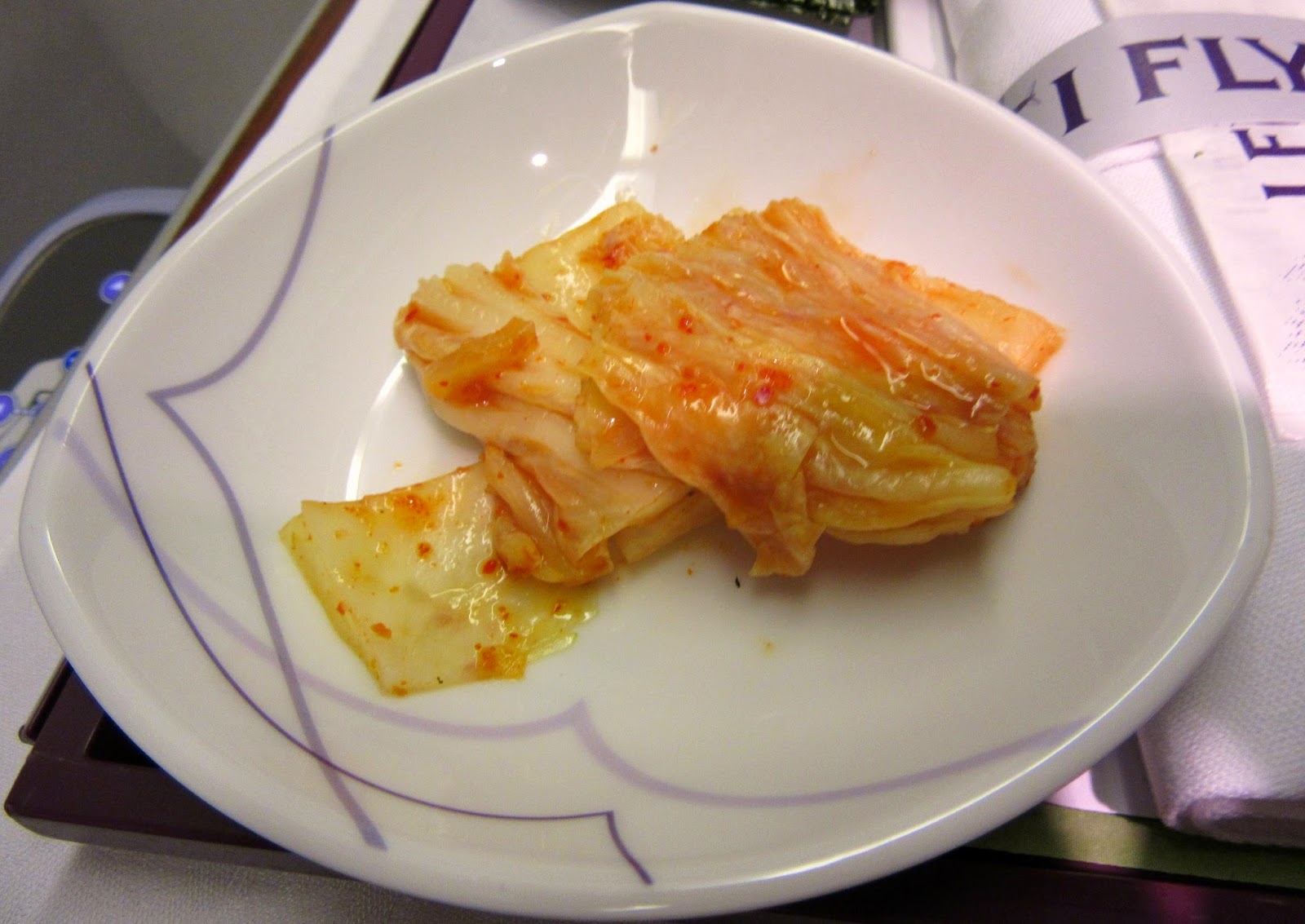 In Seoul we connected with Thai Airlines for the five hour flight to Bangkok arriving at 1:00 in the morning.  To say we were tired is an understatement.

After going through immigration and customs, we stepped out into the sultry night air to catch a cab to our hotel to catch a few hours of badly needed sleep.  In the morning we will check into the residence apartment we have rented for the duration of our stay.

Having reached our destination safely, the adventure has begun!