Lumpini Park is a 142 acre oasis in the middle of hustling, bustling  Bangkok.   Often compared to New York's Central Park, this land was originally set aside for the exhibition of flowers and Thai crafts by King Rama VI in the 1920's.  Today it is enjoyed by park visitors as a green haven to relax, meditate, commune with nature, walk, jog and bike.

Situated in the heart of the main business district, it is an easy walk from the Saladaeng BTS train station.  The MRT Subway Silom or Lumphini Stations are near the park entrance as well.

A statue of King Rama VI stands at the southwestern entrance to the park. 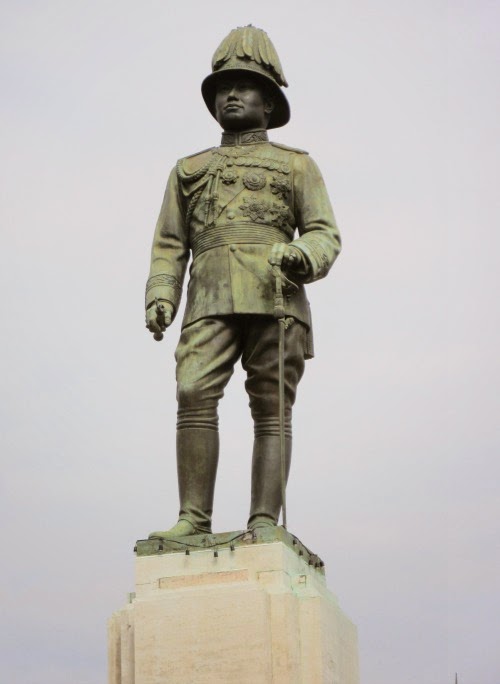 Once inside, there are numerous walking paths displaying the lush, green foliage that thrives in this tropical setting.  Taking a stroll down these paths is incredibly relaxing. 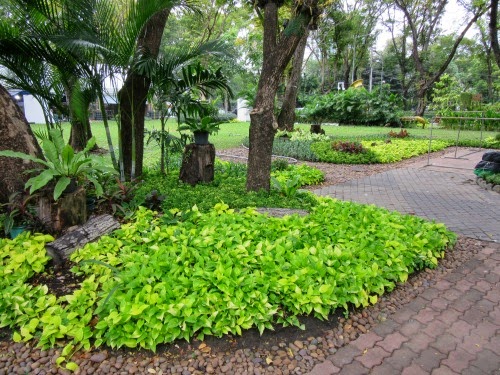 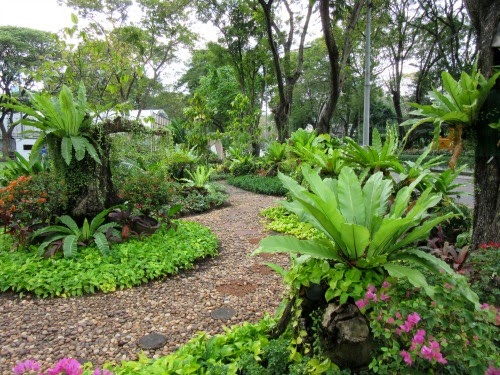 Pavilions are situated along the paths where one can rest and take in the scenery. 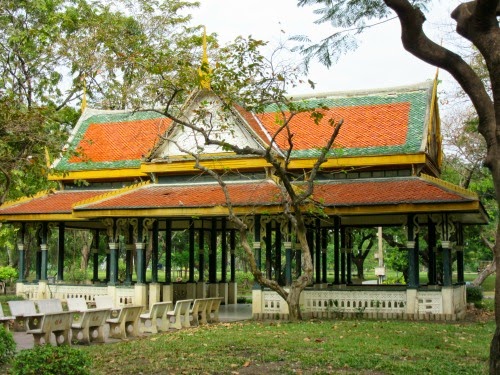 It is not unusual to see monitor lizards near the water.  They can grow to 5-6 feet in length and have long necks, powerful tails and claws.  They are rarely aggressive and when not swimming tend to hide in culverts or under bridges.  They often come on shore to sun themselves.

This one was stalking a white crane and stealthily following the bird while it was feeding along the shore. 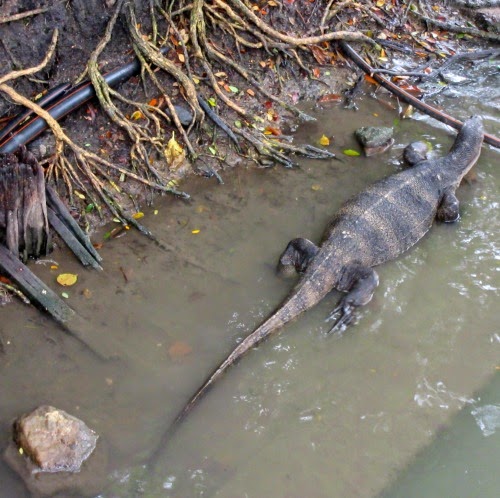 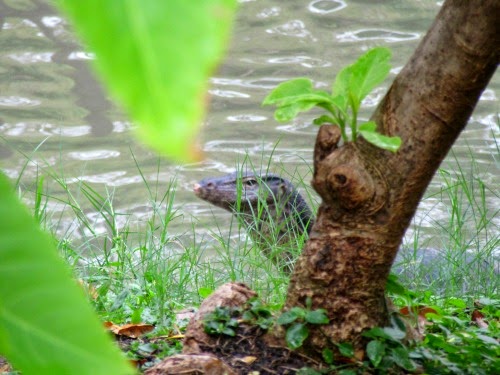 At the last minute, the crane spotted the lizard and flew away.  Lucky for him, not so lucky for the lizard. 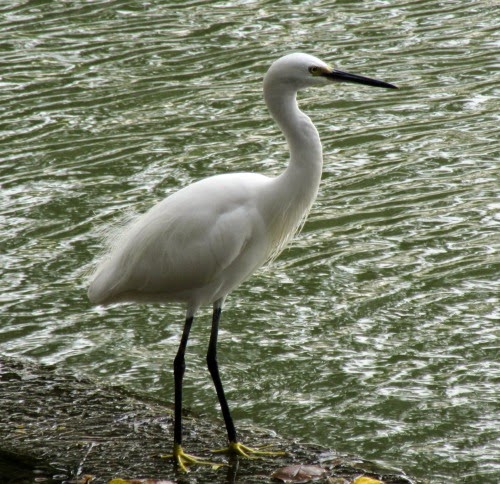 The water is also home to large catfish.  Can you see the whiskers? 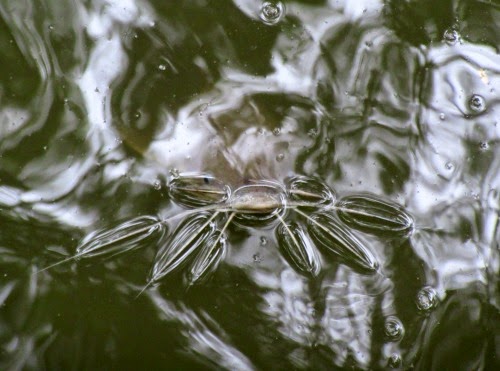 Lumpini Park has many species of beautiful and colorful flowers that are grown in the park's on-site nursery and tended by the gardeners on staff. 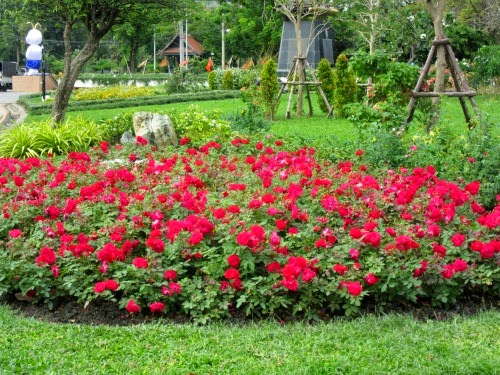 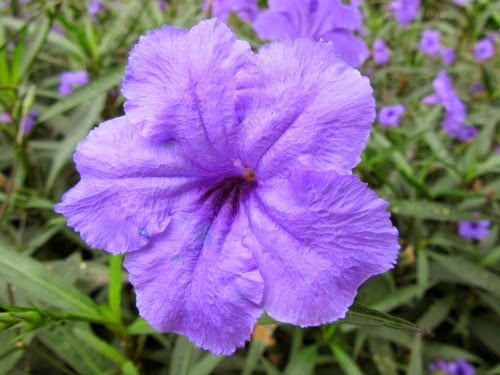 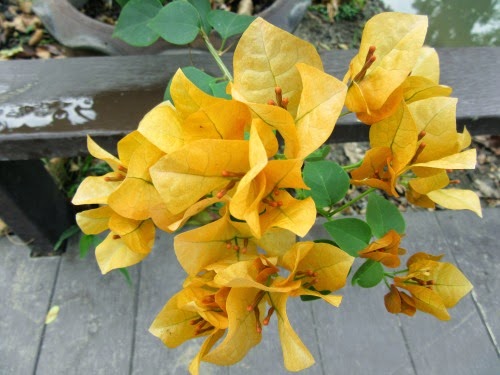 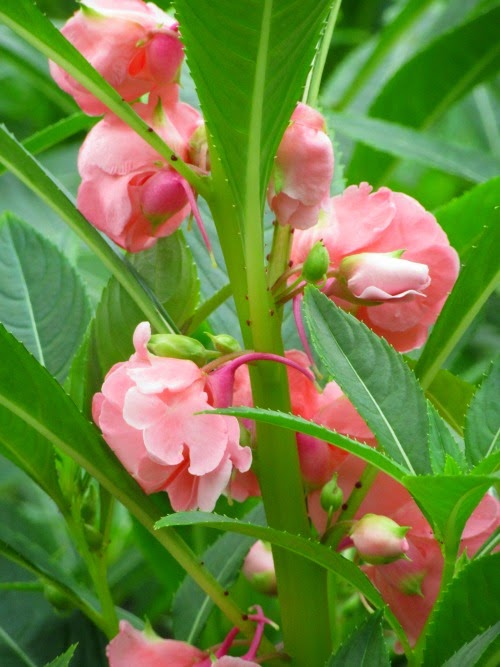 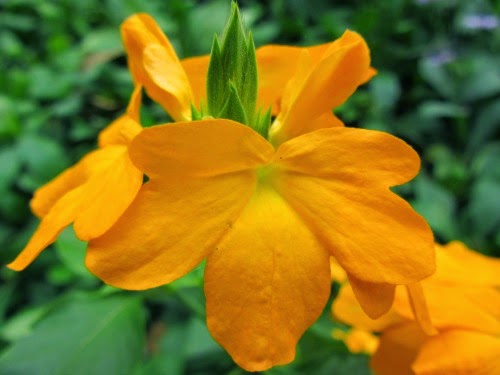 The gardeners work hard to keep the park looking pristine and they do a fantastic job.  These are some of their tools. 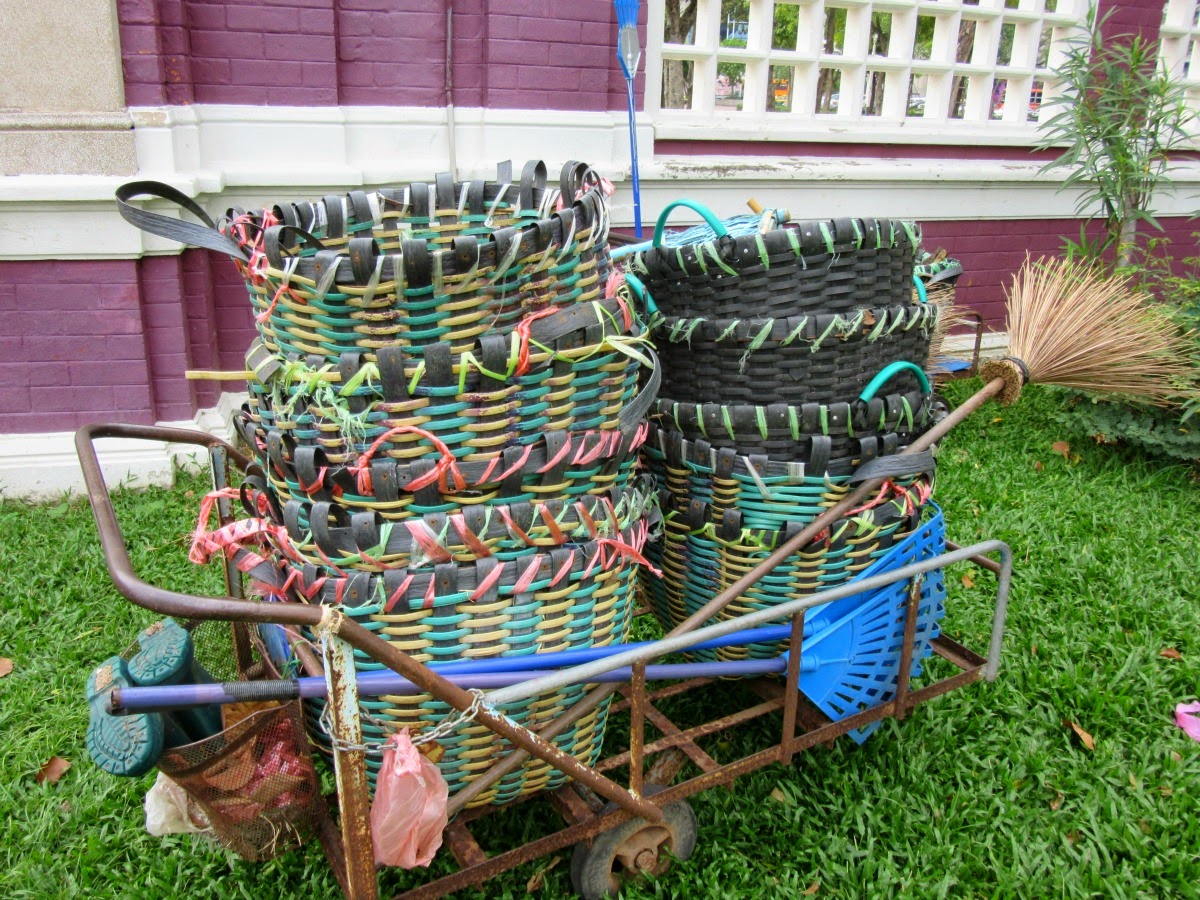 While strolling through the park, there are visual delights around every corner. 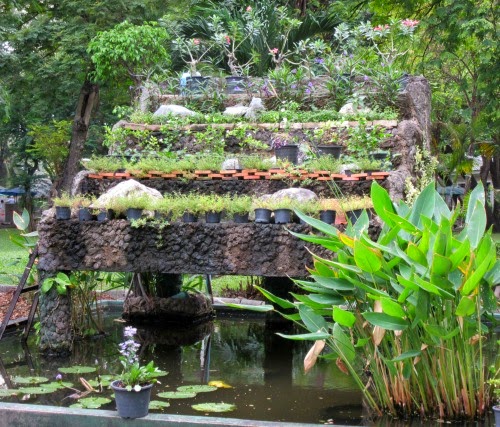 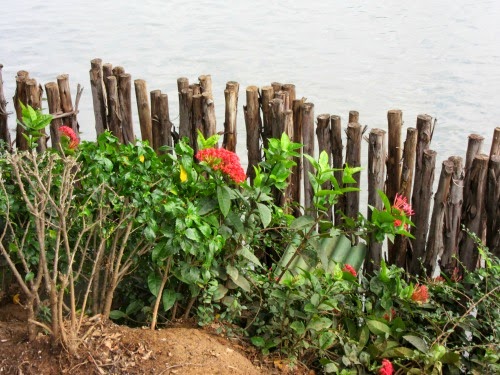 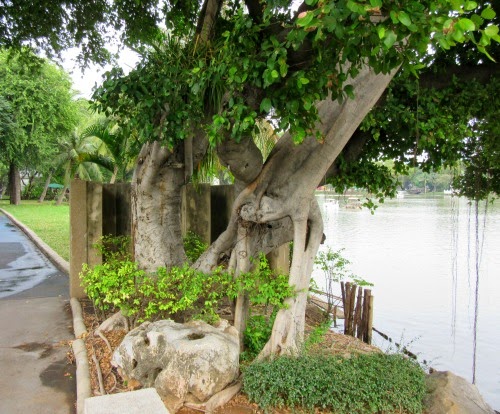 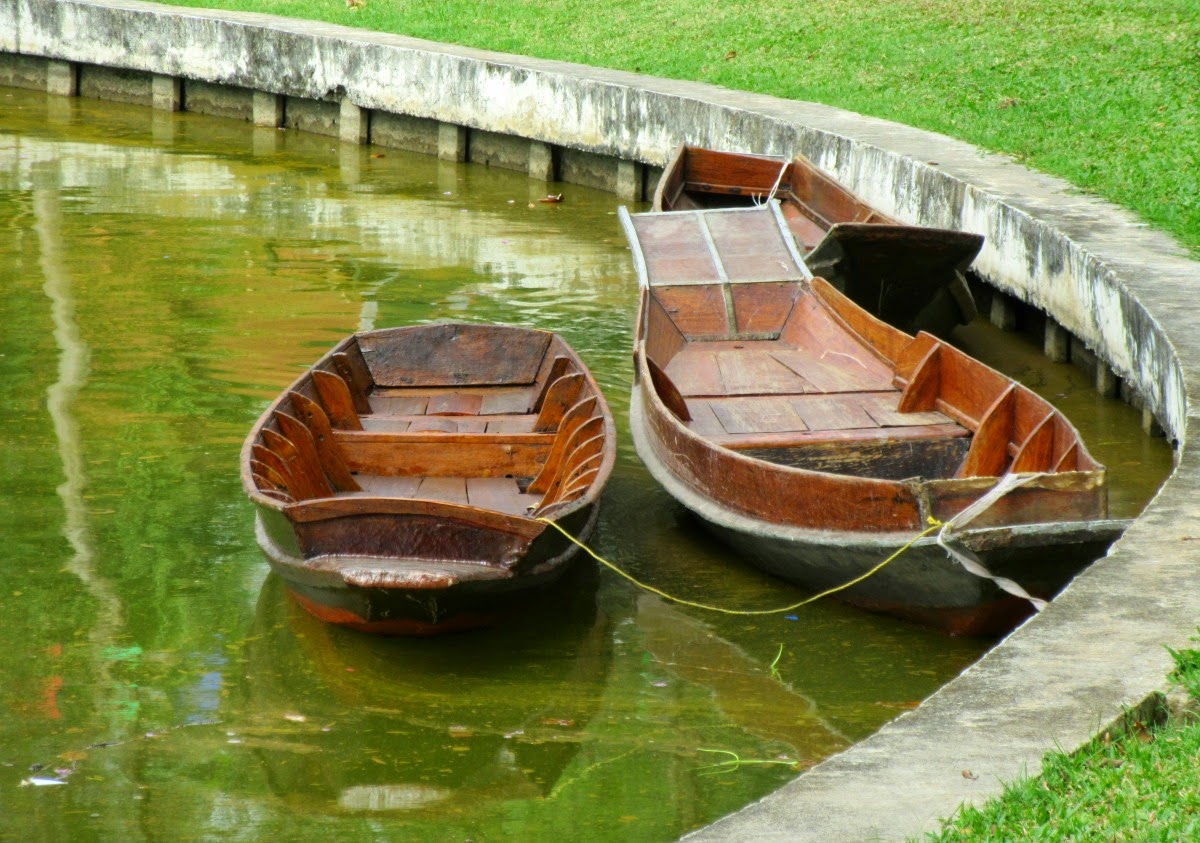 I'm not sure what type of birds these are is, but they reminded me of the magpies at home.  These guys were looking for a handout. 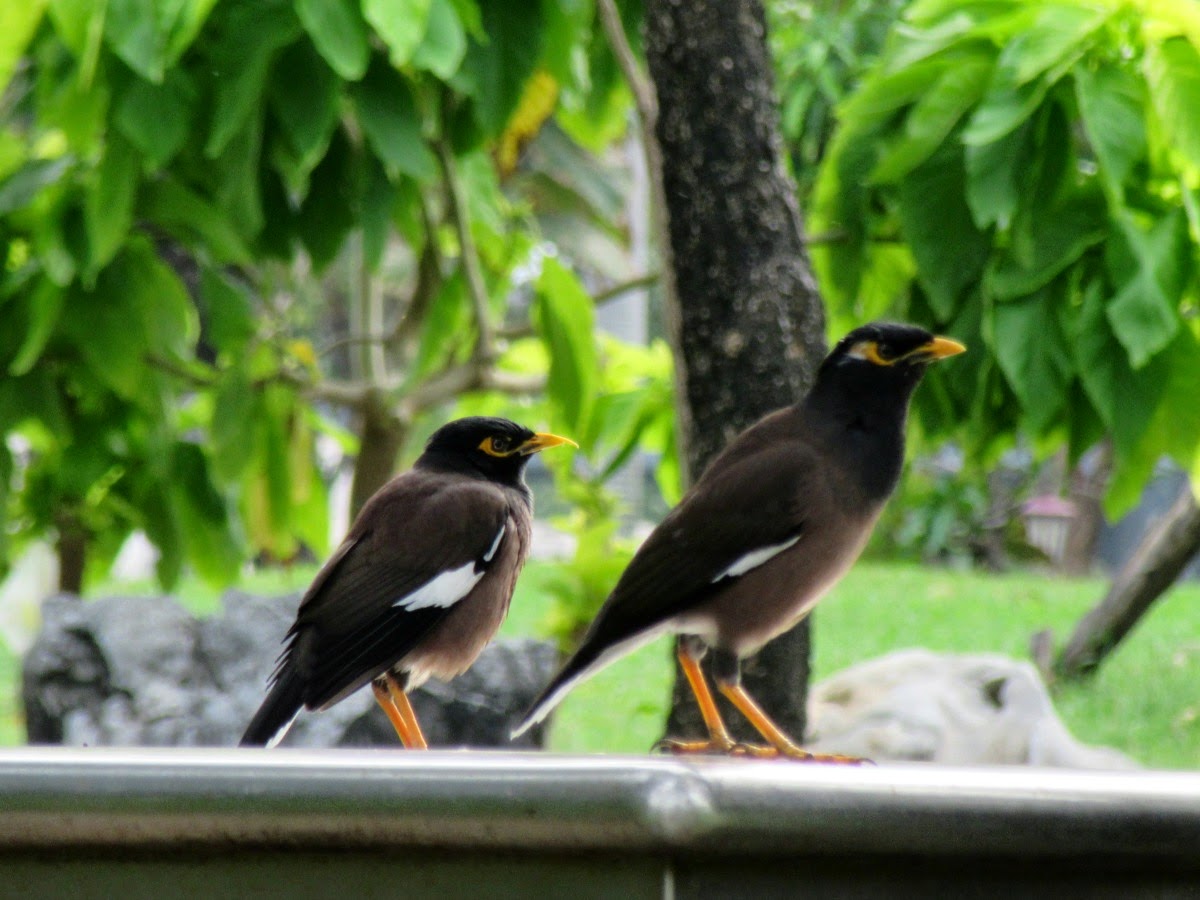 As we prepared to leave the park, we were greeted by this fountain in the middle of the lake.  Note the skyscrapers in the background - it's easy to forget one is in the middle of Bangkok while in the park.  Even the city noise disappears. 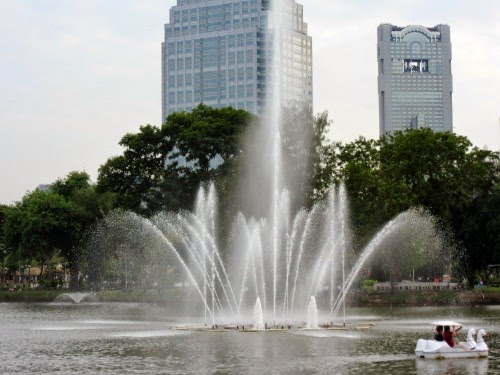 Spending a day at Lumpini Park was a wonderful experience and one I will not soon forget.