We spent a day on Chao Phraya River recently.  After catching the sky train at the stop near our apartment we rode it to the Saphan Taksin stop.  From there it is a quick walk to Central Pier where we bought day passes for the Chao River Express Boats.

An all day pass allows pass holders to get on and off the river boats as many times as they want. The boats take people to and from the many piers along the river kind of like buses on the water. When they pull up to a pier to let people on and off, the boats bump up against the floating docks with a solid impact. It's best to hold on to something until the boats come to a full stop. We saw one man fall down hard when one of the boats bumped up against a pier knocking him off of his feet.

Be prepared to board or disembark when the boat arrives at the pier.  If one is dithering about gathering their belongings as we were the boat doesn't wait.  It only took once for that to happen in order for us to learn our lesson!  No need to panic though; it's easy to get off at the next pier and catch a boat going in the other direction. 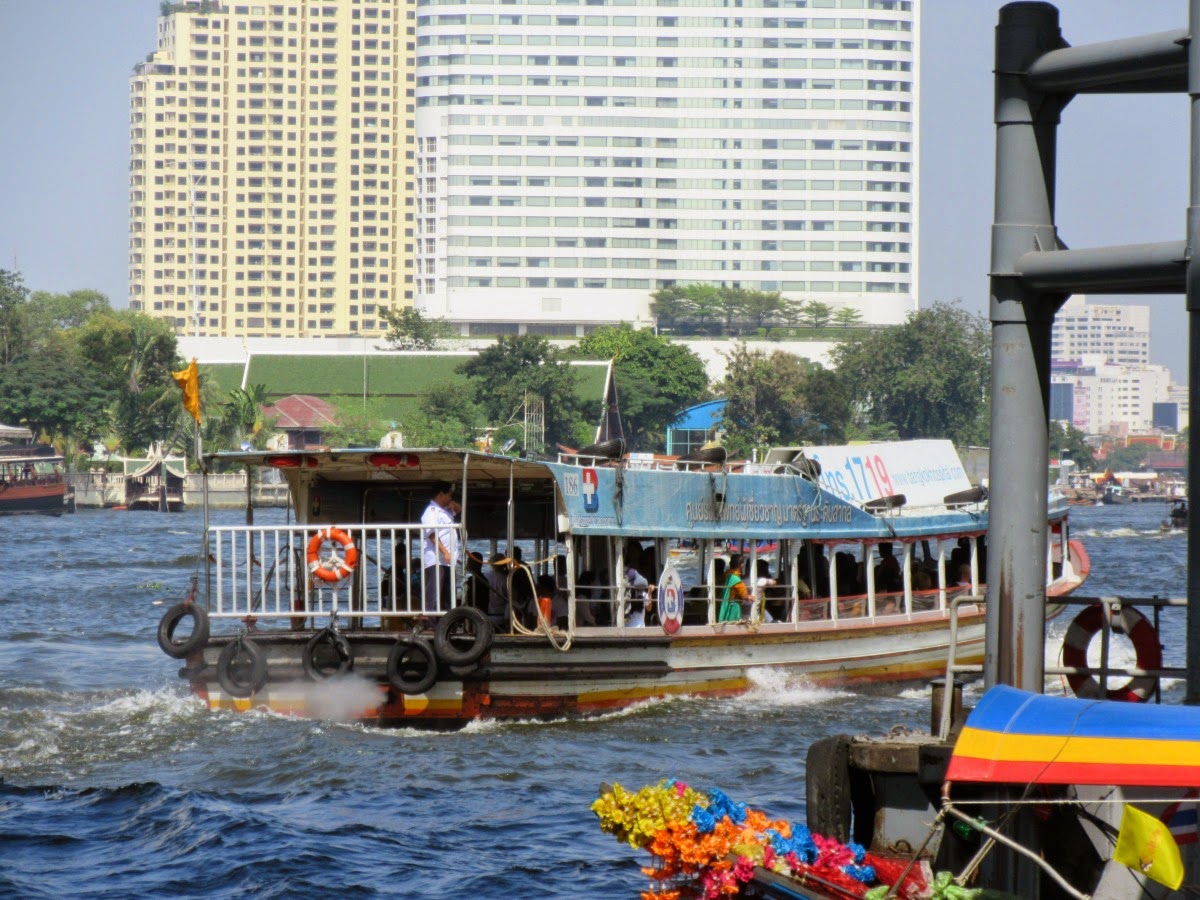 There were boats on the water unlike anything we have at home. 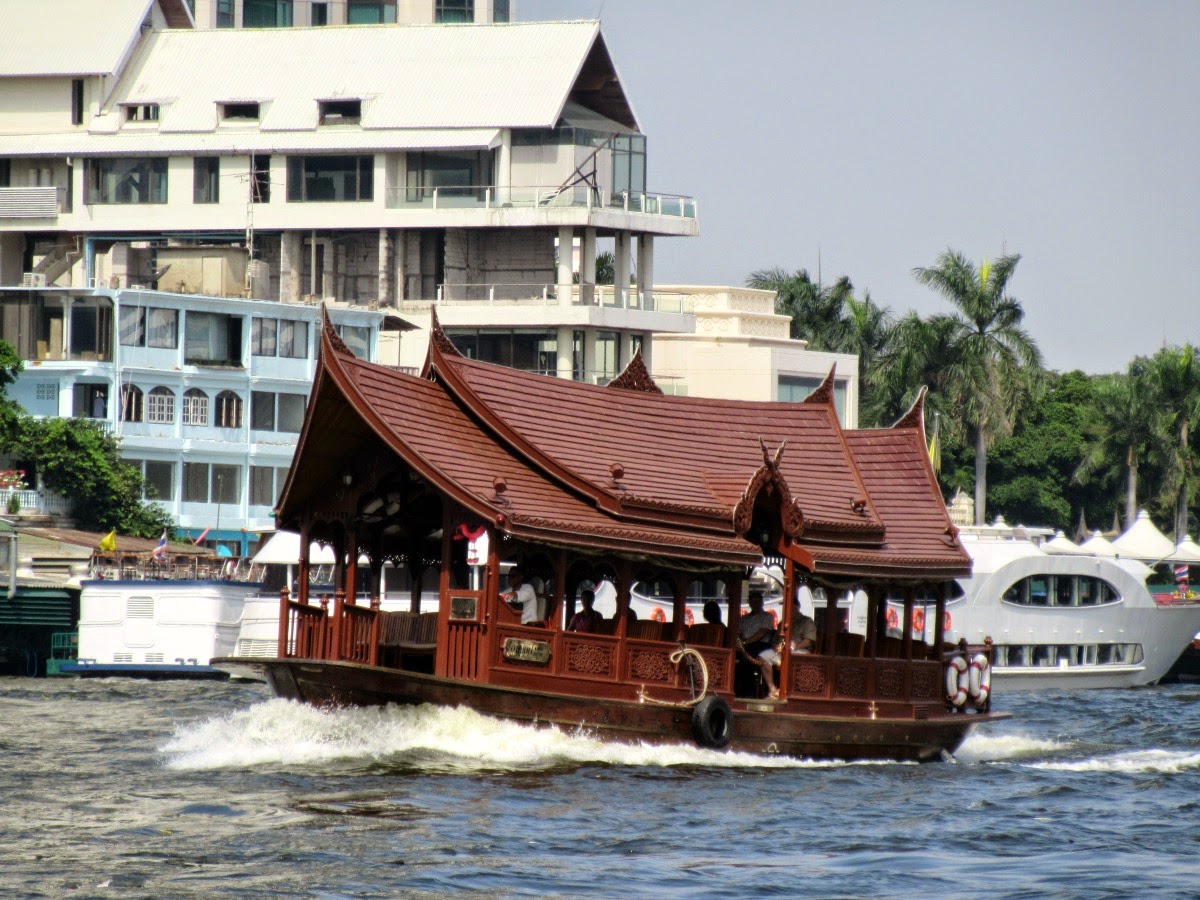 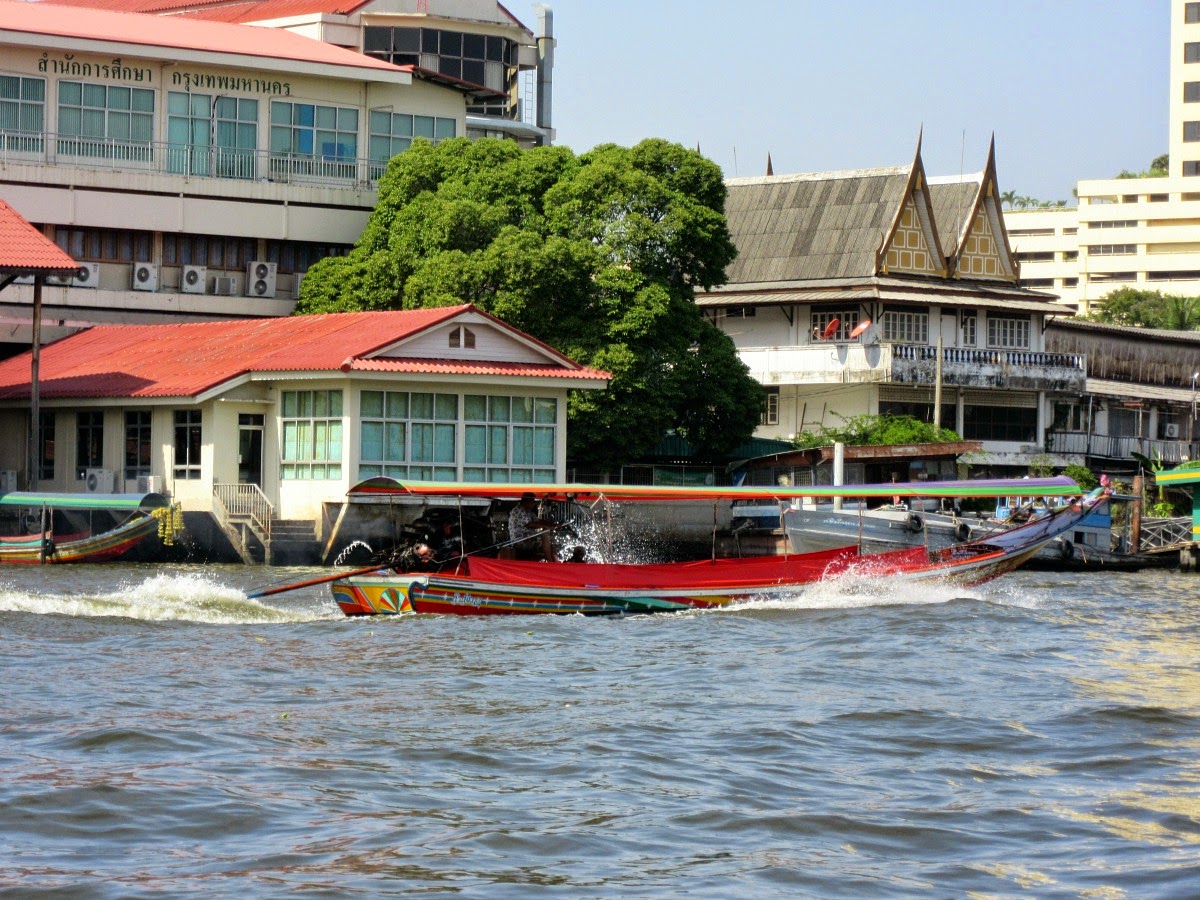 Along the river banks there are many interesting things to see from opulent high rise hotels to traditional Thai style buildings. 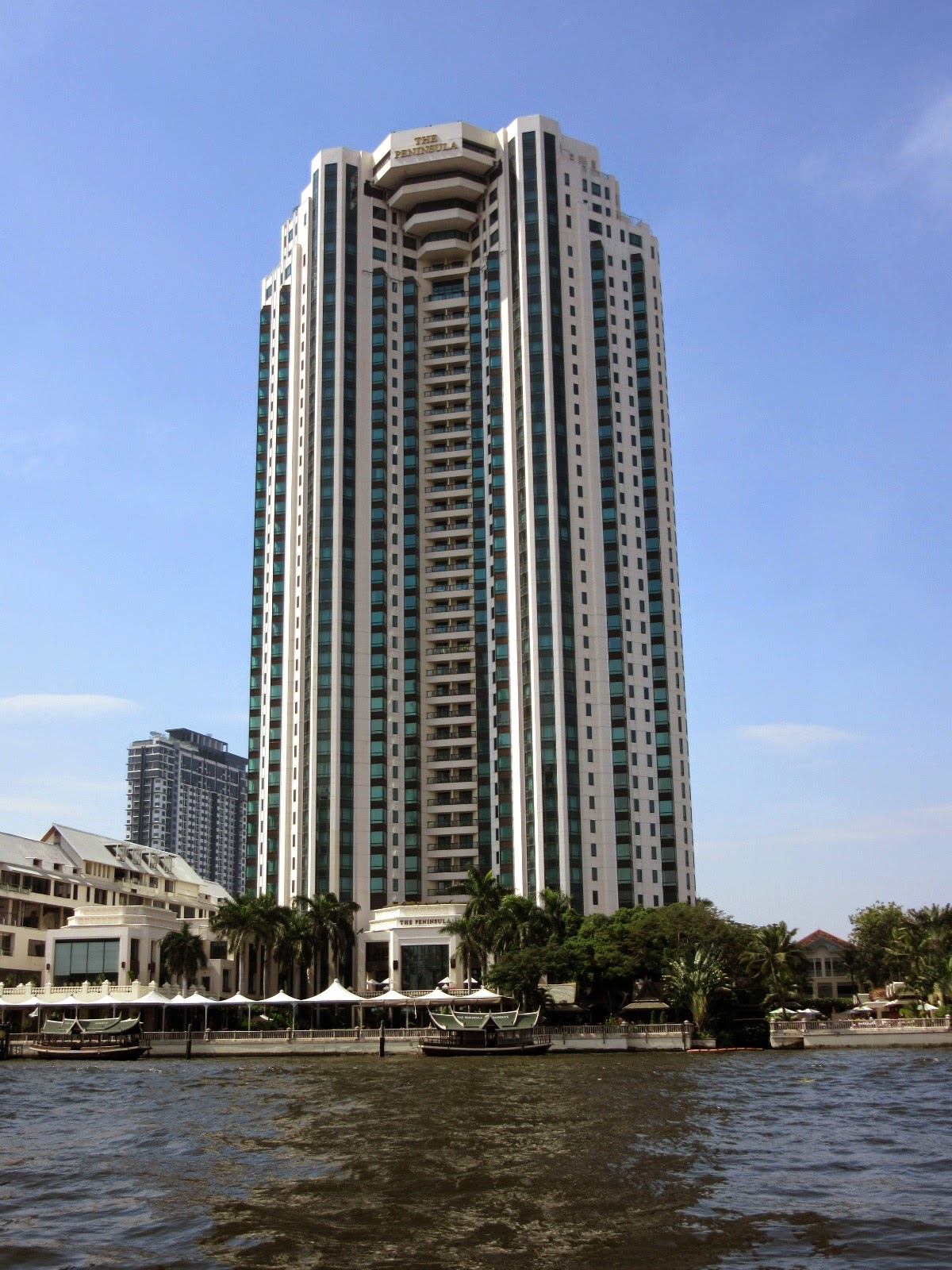 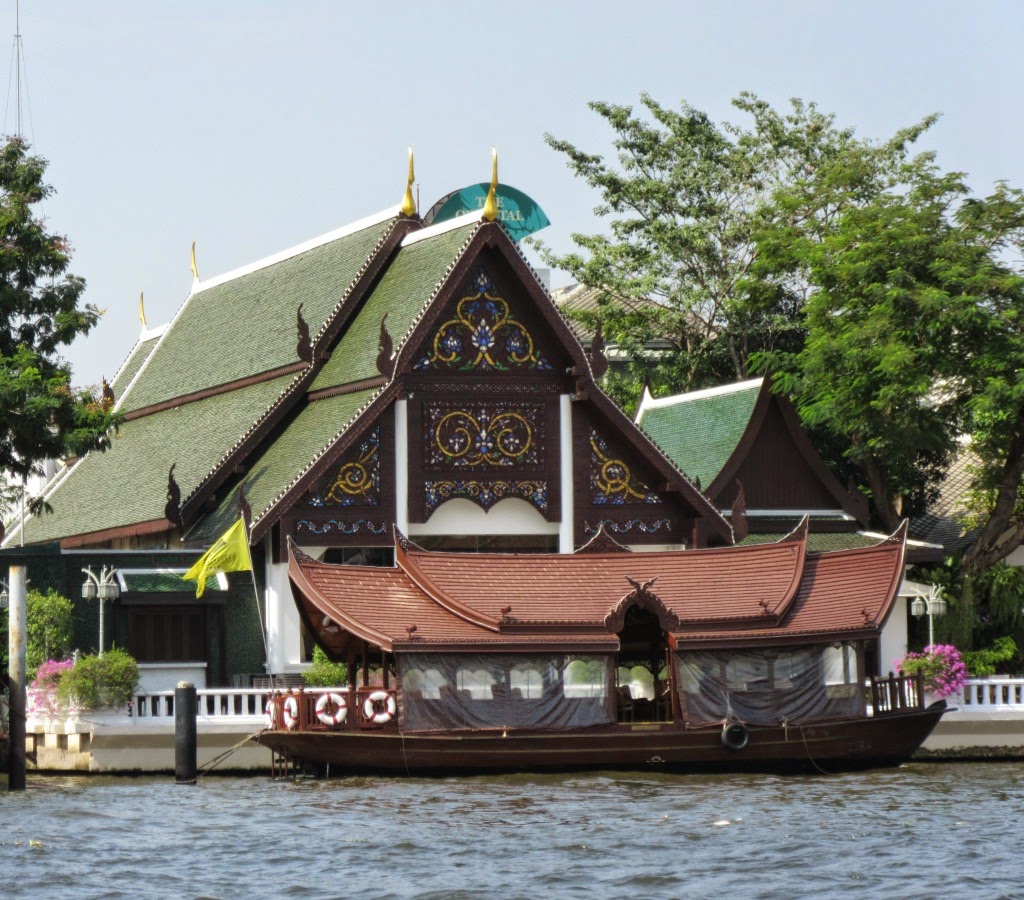 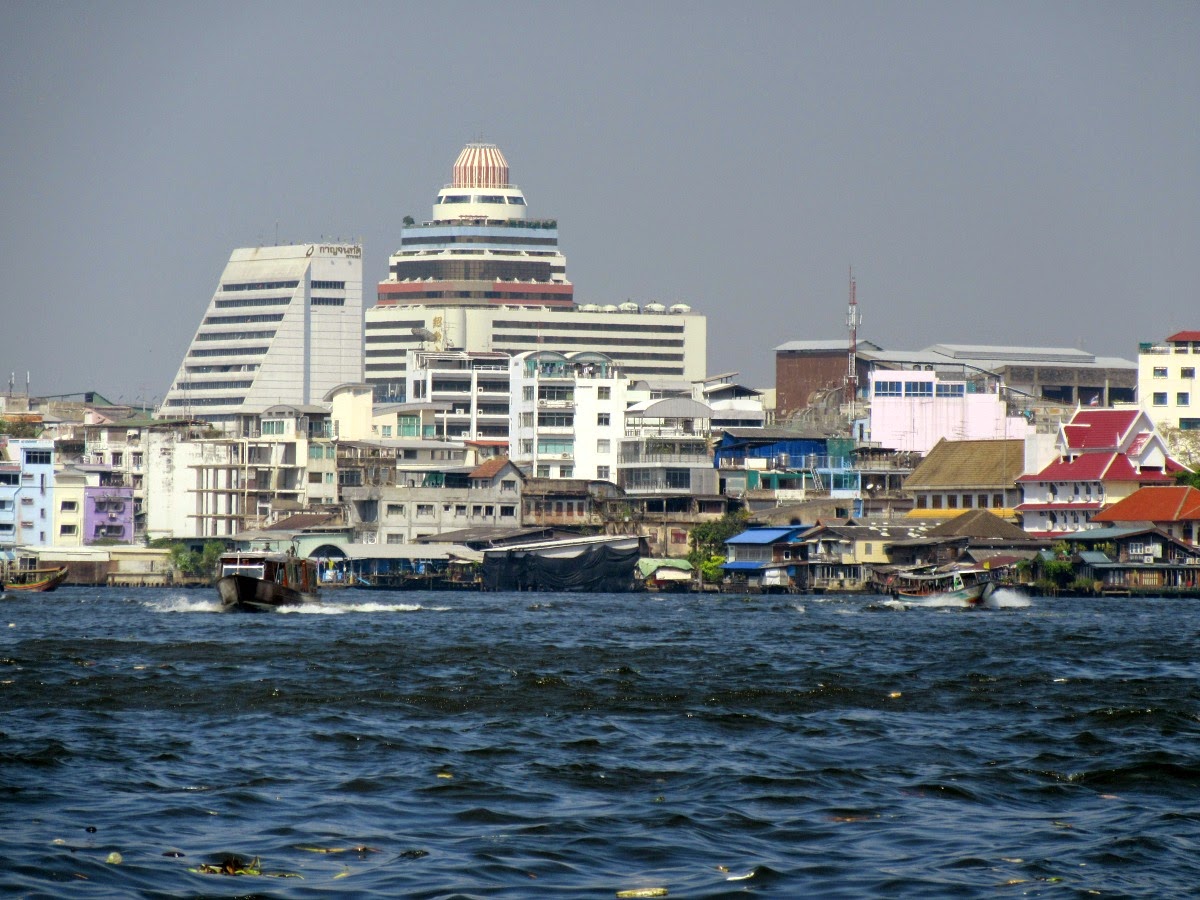 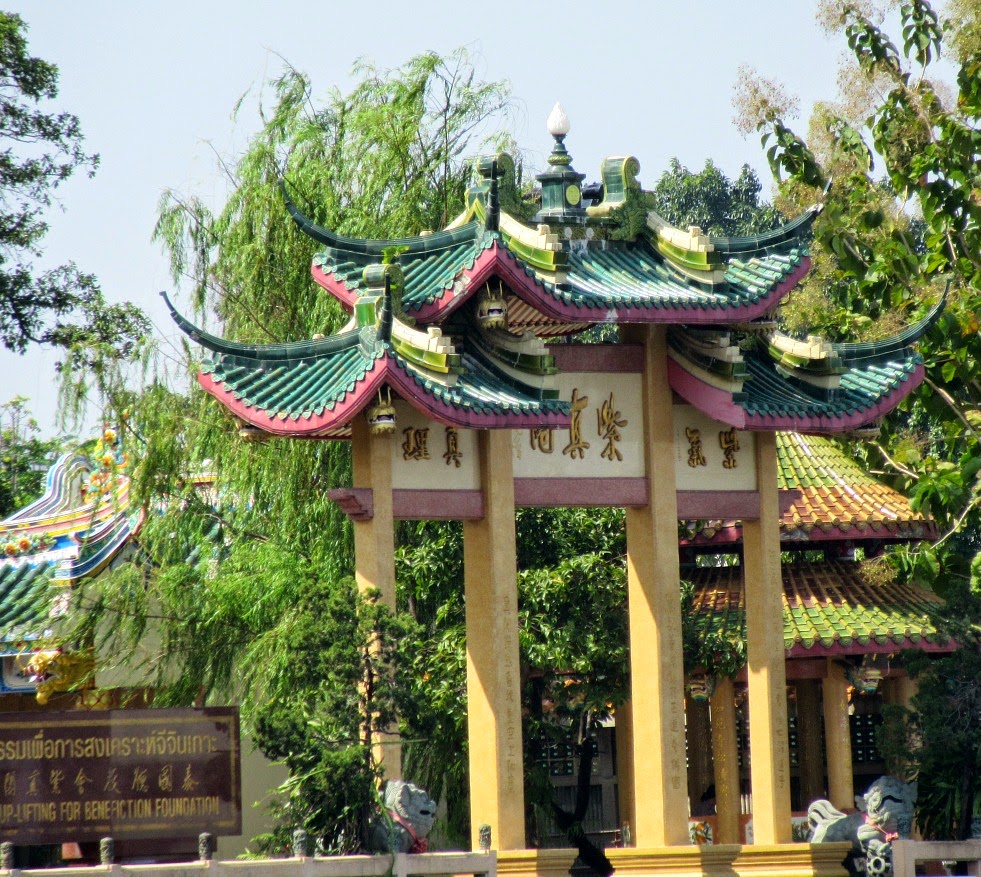 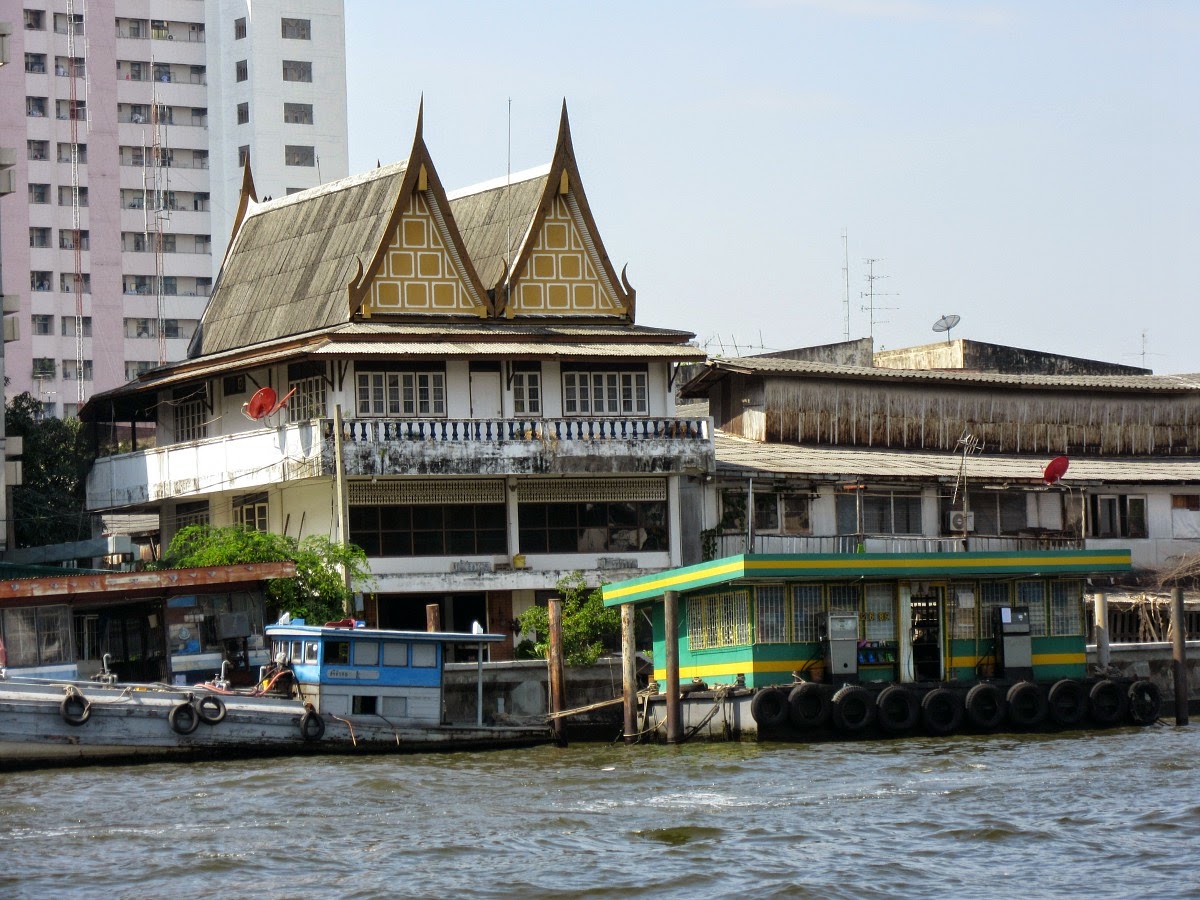 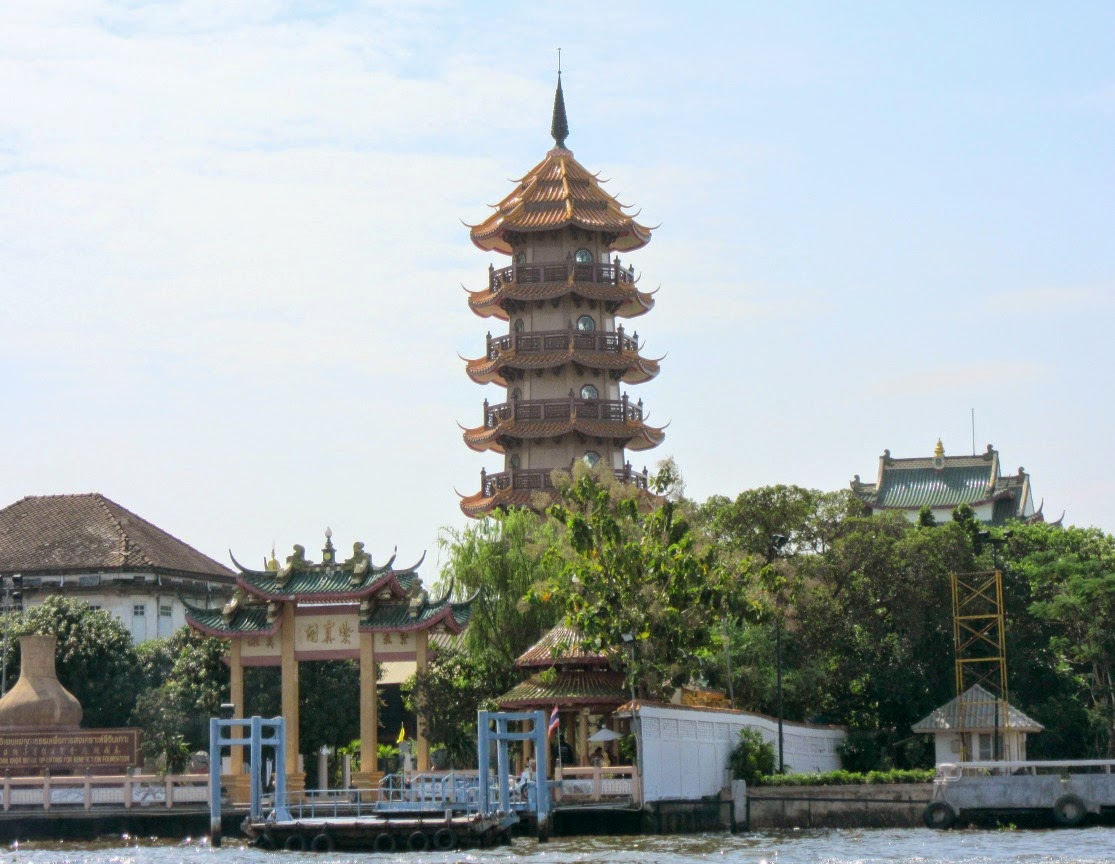 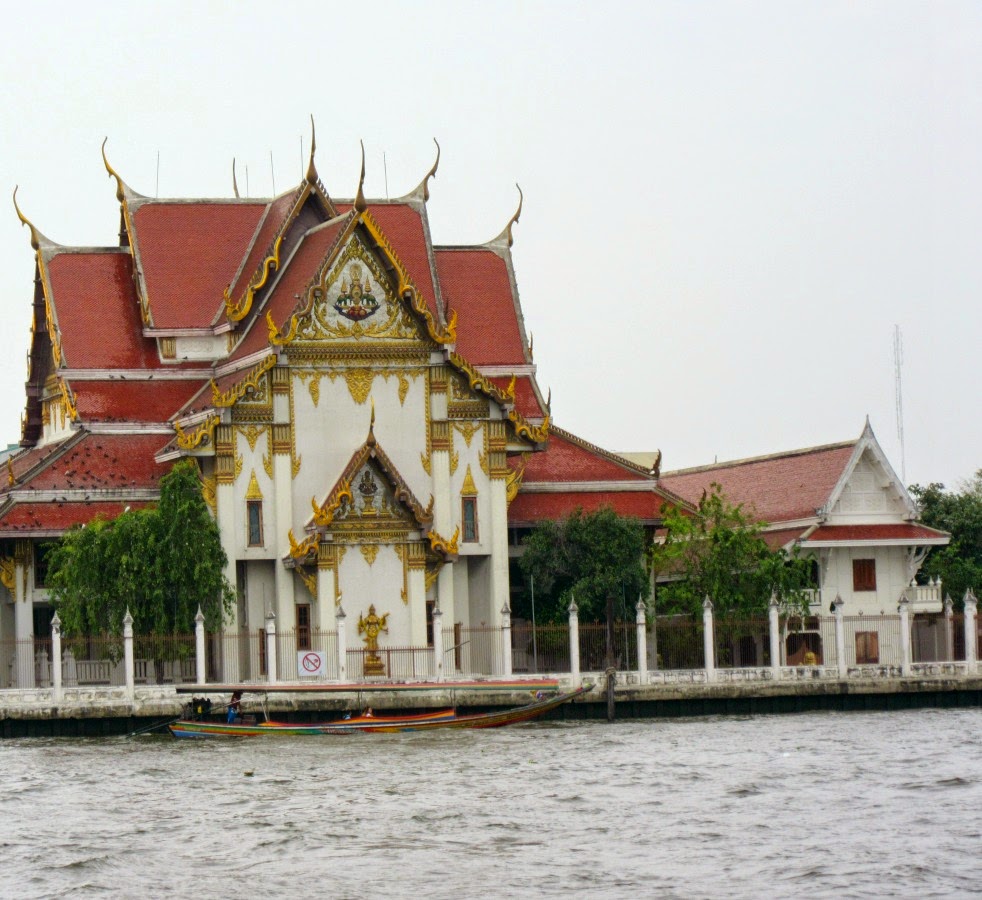 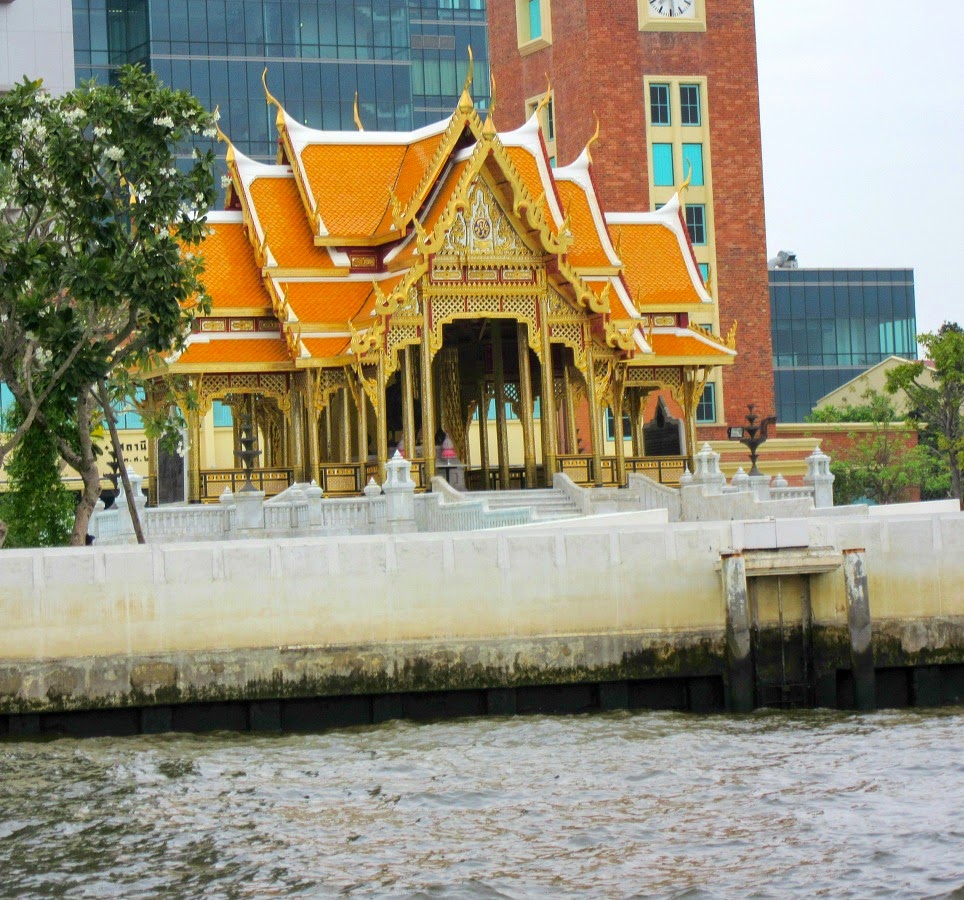 It was a fun day and something I'd like to do again - maybe next year!