Independence Palace is a landmark in Ho Chi Minh City (Saigon) and was the home and workplace of the South Vietnam President during the Vietnam War.  It is a stately building designed and built in the late 1960's that sits on 12 hectacres of beautifully maintained grounds. 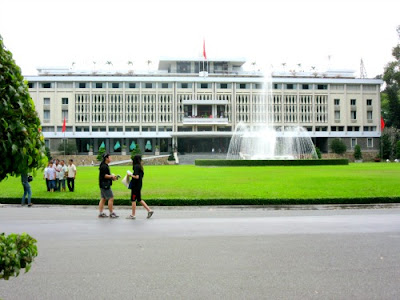 It was here that a North Vietnamese tank crashed through the gates of the palace during the fall of Saigon on April 30, 1975, marking the end of the Vietnam War.  This photo was seen in newspapers and television newscasts around the world: 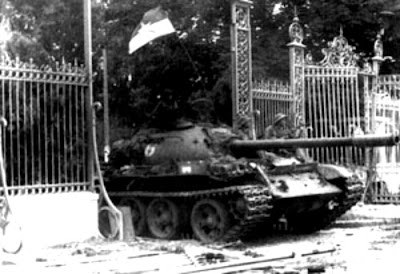 The tank is still on the palace grounds: 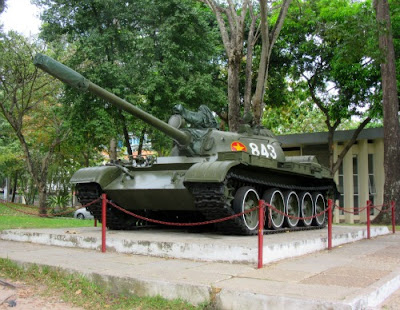 Inside the palace are the reception rooms and work areas that were used by the President of South Vietnam and members of his cabinet. 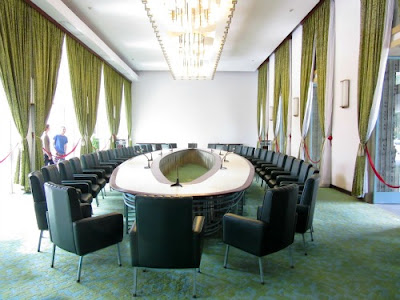 The Conference Hall could hold up to 500 people and was used for receptions: 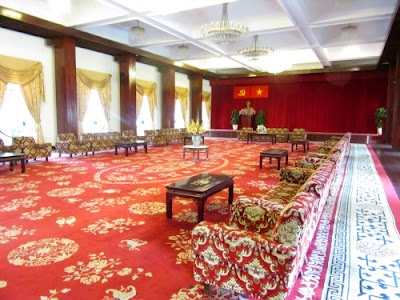 The State Banquet Hall was where state dinners were held and could accommodate 100 people: 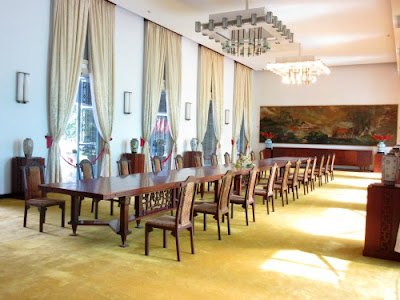 The progress of the Vietnam War was monitored from the War Room: 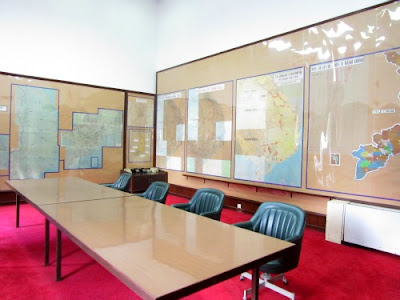 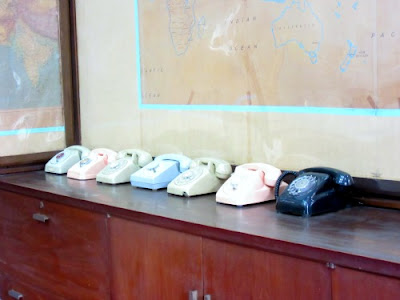 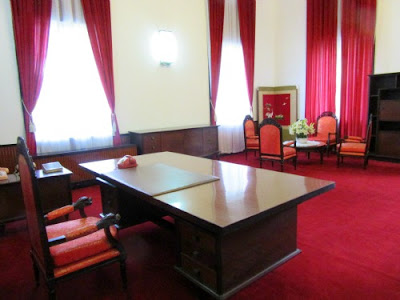 Henry Kissinger met with President Thieu in the Presidential Reception Rooms to persuade him to accept the terms of the Paris Peace Accords of 1973: 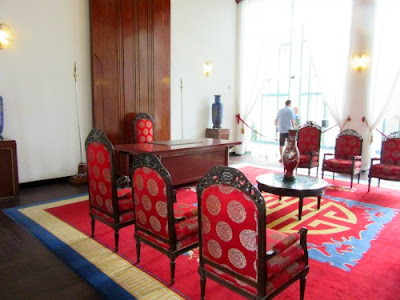 It was in the Ambassador's Chamber that newly arriving ambassadors met with President Thieu for the first time: 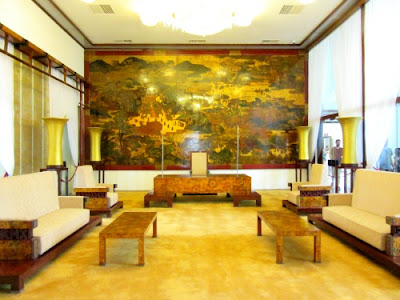 There are private apartments located on the upper floor of the palace: 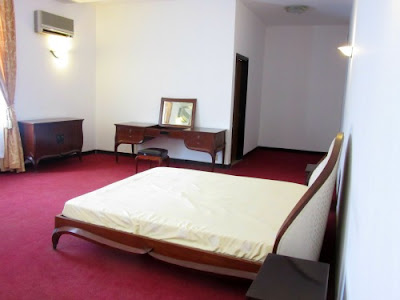 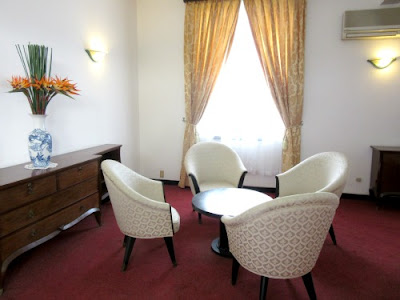 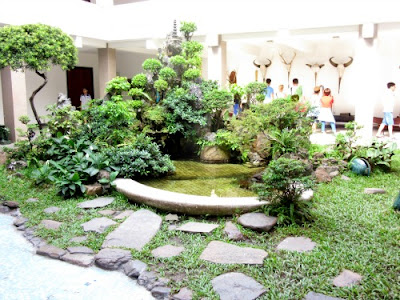 Gifts that were received by President Thieu during his time in office: 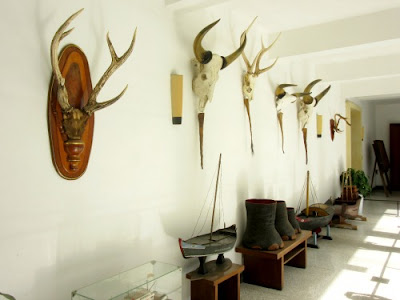 The first lady entertained the wives of visiting dignitaries in her Reception Room: 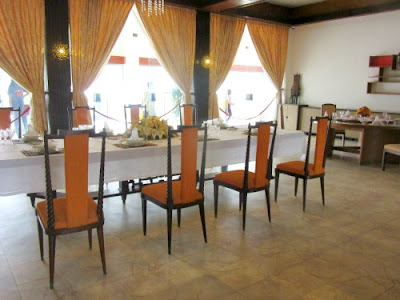 There is also a theater and a game room in the palace: 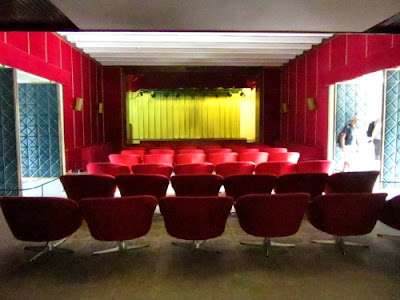 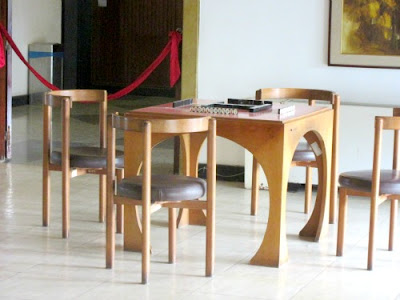 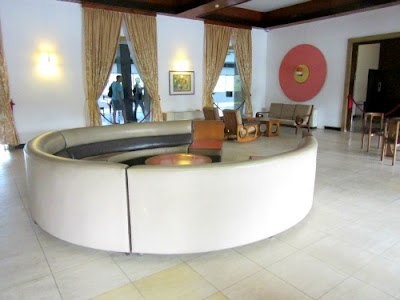 An American helicopter was always kept on the roof of the palace for the use of President Thieu: 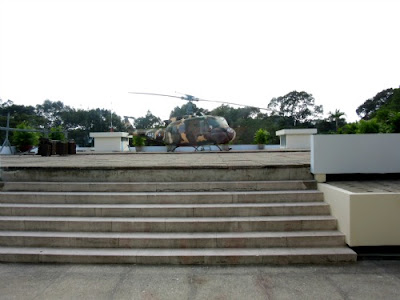 There is a bunker and command center in the palace basement that was for the President and his cabinet members to use during an attack on the palace, but it was closed for renovation while we were there.  The maximum security shelter at a depth of 2.5 meters has a blast wall capable of withstanding explosions of up to 2000kg.  A staircase gave the President direct access from his second floor office.  During the bombing of the palace on April 8, 1975, the President's family took refuge in the shelter.

The kitchen is also in the basement: 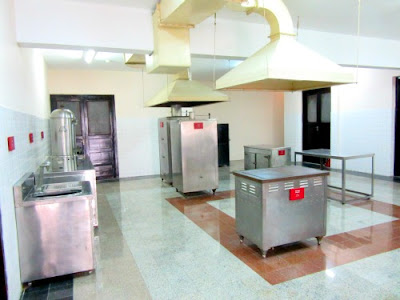 One of many Presidential vehicles: 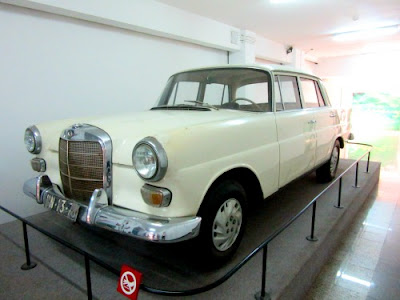 The view from the upper floors of the palace: 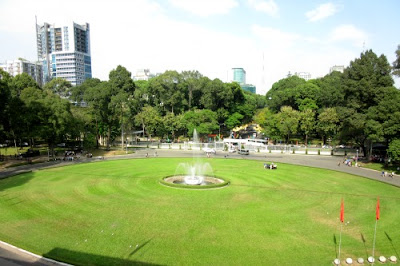 All in all, it was a very interesting tour.  It is as if time has stood still since that fateful day in 1975 when the tanks smashed the palace gates and ended what was a long and divisive war.