We spent an afternoon at the War Remnants Museum in Ho Chi Minh City (Saigon) which documents the Vietnam War from the perspective of the Vietnamese.  They actually refer to the war as the American War because, in their eyes, the Americans invaded their country.  Before visiting the museum, I read many reviews on Trip Advisor.  Some felt that the displays were heavily slanted towards the Vietnamese perspective with an anti-American sentiment.  Since the museum is in Vietnam and the war took place in Vietnam and the Vietnamese suffered heavy losses, I would think that is to be expected.  Having now seen the museum for myself, I found the overall tone of the museum to be well balanced.  While there is a certain amount of Vietnamese propaganda, the United States is no slouch in the propaganda department either.

There were visitors of all ages from all over the world at the museum.  Many of them were Western men who looked old enough to have served in the military during the war.  I've read many times that veterans are making pilgrimages back to Vietnam in order to sort out their unresolved emotions and feelings about their involvement in this period of history.  Many people were moved to tears as they toured the exhibits - it's definitely an eye opening experience. 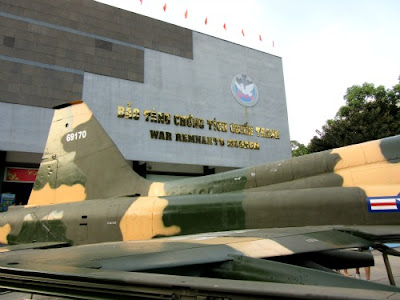 I was a junior in high school when the war ended in 1975, and being a teenager, I really didn't pay that much attention to what was happening in a far away, distant country somewhere in Asia.  Sure, my dad watched the news every night and there were daily reports coming out of Vietnam but because we were bombarded with coverage, after awhile, it was just kind of tuned out.  Most people knew of families who had a son serving in Vietnam who didn't return from the war alive; my mother was terrified that my brother would have to go, but the war ended before he was old enough to be drafted.  The events leading up to the war weren't taught in school so that was about the extent of my knowledge.

Now that I've seen the museum and visited this wonderful country, I find myself wanting to learn more about this horrible conflict that cost so many so much.  Because my knowledge is limited, I will let the following photographs taken in the museum speak for themselves. 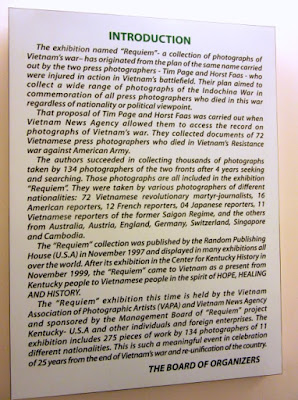 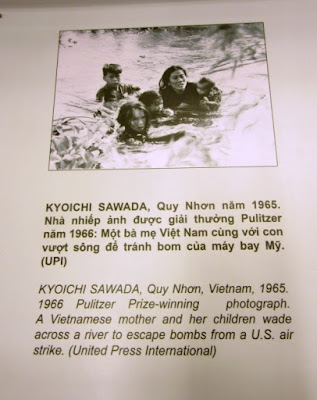 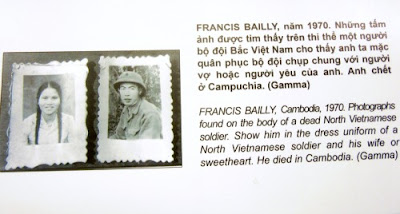 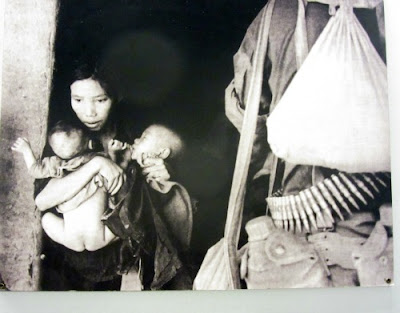 The My Lai massacre was widely reported in the news and shocked many. 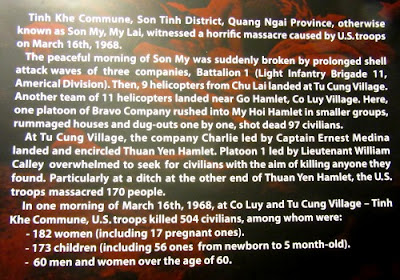 Lieutenant William Calley was court marshaled for his role in the atrocities and received a life sentence which was later reduced to 20 years.  He served four years of his sentence and was paroled by President Richard Nixon in 1974. 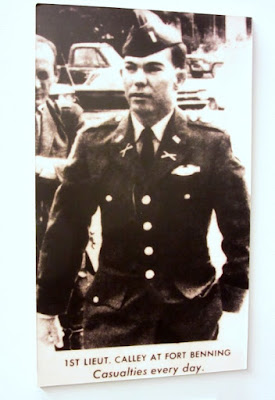 This memorial to the massacre victims lists each of their names.  In that respect, it is similar to the Vietnam Memorial found in Washington, D.C. 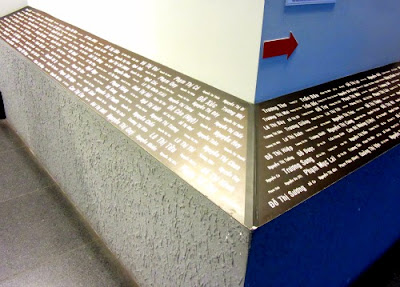 Napalm and Agent Orange were chemicals the United States used in Vietnam.  Agent Orange contained dioxin and was used to defoliate the forests.  Besides the immediate effects, birth defects started appearing in Vietnamese children born during this period.  Three generations later, the birth defects continue to appear.  Since we have been here, we have seen many young people with severe defects, such as missing or deformed limbs.  One little girl had a finger growing out of her shoulder.   These same defects have also shown up in the children and grandchildren of American soldiers who were exposed to Agent Orange during the war.

There were many pictures of children with birth defects at the museum, but I opted not to photograph them.  These children have suffered enough and don't need people like me exploiting them for the purpose of a blog post.

Villagers run following a napalm attack on their town.  Among many other awards, this famous photo of "napalm girl" won a Pulitzer prize in 1972. 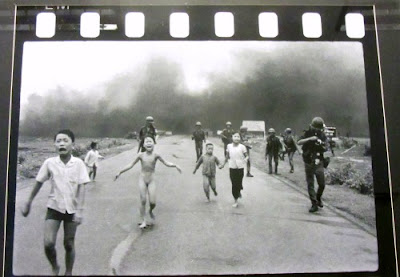 American soldiers used gas masks like these to protect themselves while spraying Agent Orange on the forests and jungles: 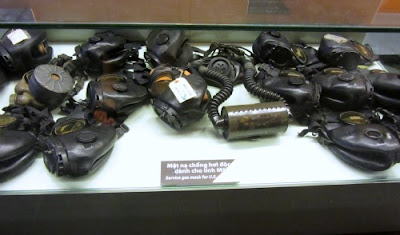 The use Agent Orange on the forests left a desolate landscape that was devoid of plant life: 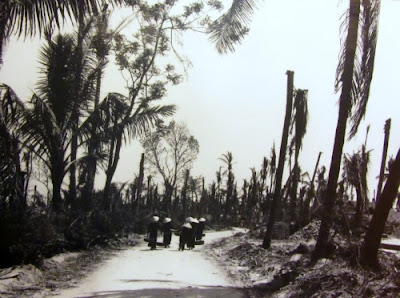 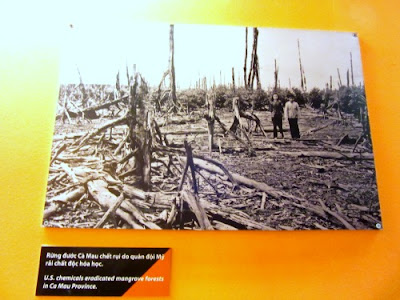 Many books have been written about the use of Agent Orange in Vietnam: 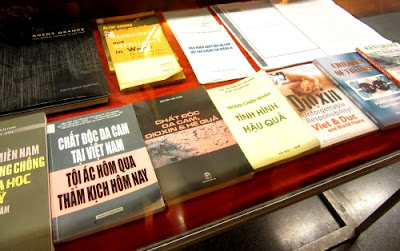 Some of the weapons people use to kill and maim each other: 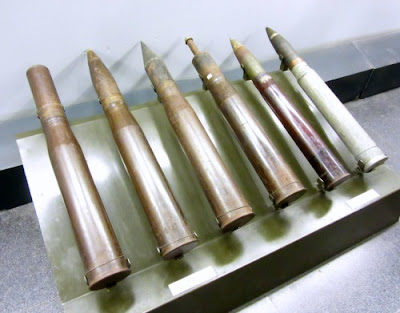 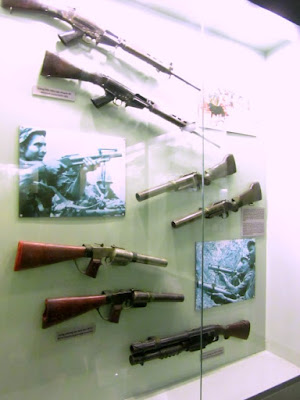 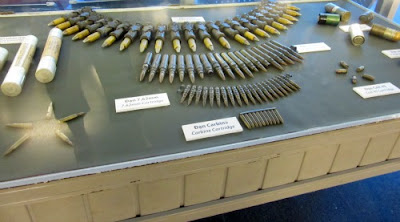 Outside of the museum, there are aircraft, tanks and other pieces of equipment on display that were left behind when the United States left Vietnam. 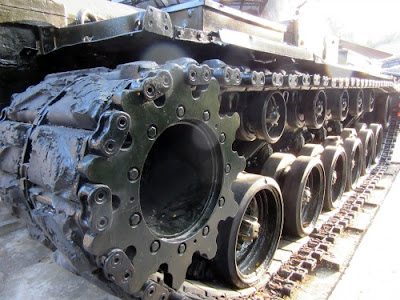 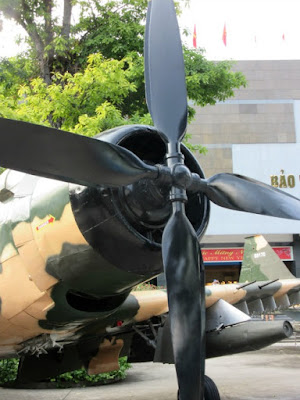 The museum has an entire floor devoted to the massive protests of the 1960's and 70's against the United States' involvement in Vietnam.  These rallies took place around the world in such places as Amsterdam: 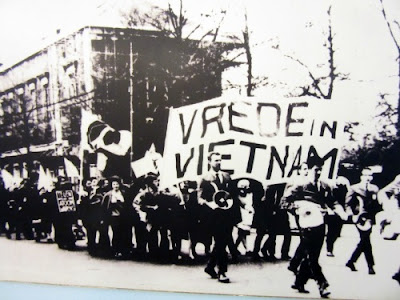 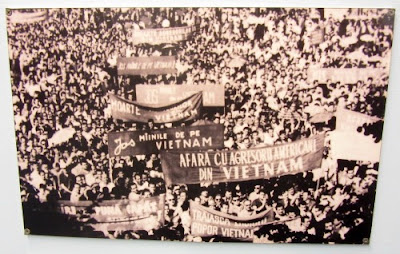 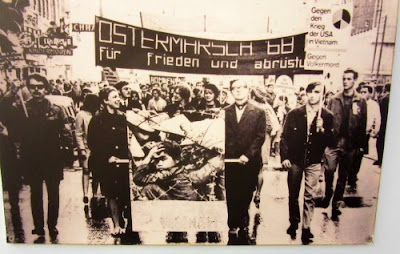 And, the United States: 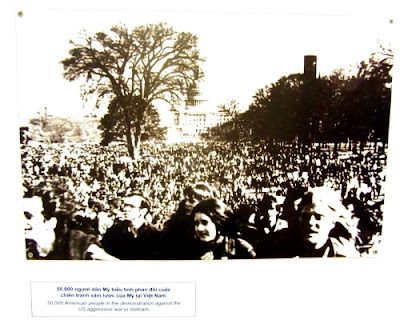 Also on this same floor recent artwork done by young Vietnamese students hangs on the walls and it is an uplifting and welcome sight after the intense and disturbing war displays. 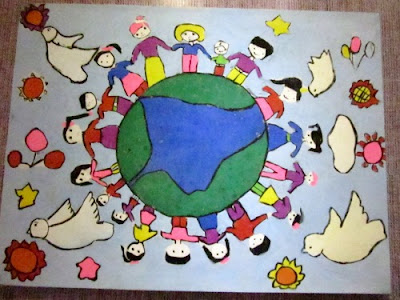 Friendship Between Nations in the World - Thanh My Loi Secondary School: 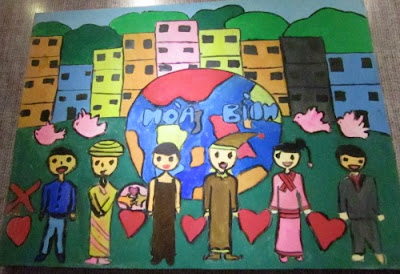 We Are Brothers - Sao Mai Kindergarten: 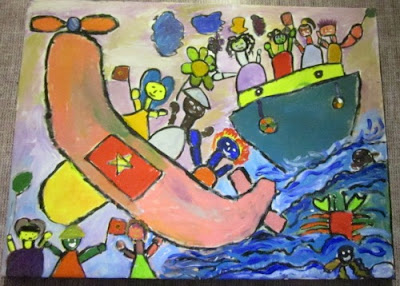 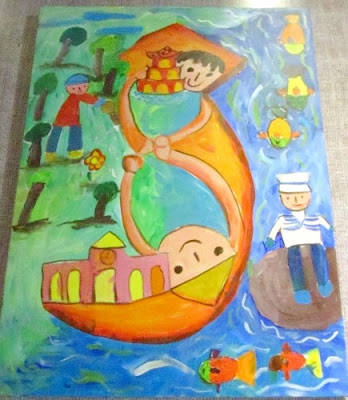 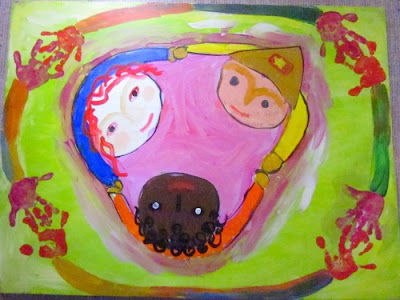 Where there are people there is often violence and destruction, but as this artwork by young children proves, there is also hope and optimism. Perhaps this next generation will get it right.