After spending a month in Bangkok, it was time to begin the next part of our journey.  On the day after Christmas (12/26/15), we checked out of the apartment and caught a cab to the Suvarnabhumi Airport.

Once in the airport and through security, I was mesmerized by this sculpture that was on display: 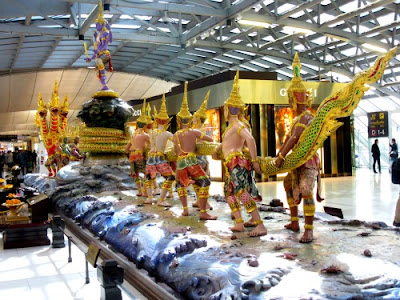 We waited to board our flight on Vietnam Airlines: 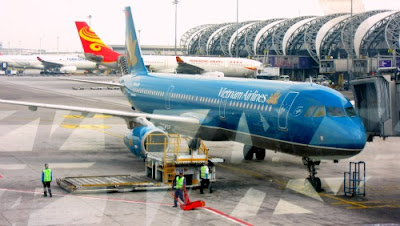 And took our last look at Bangkok: 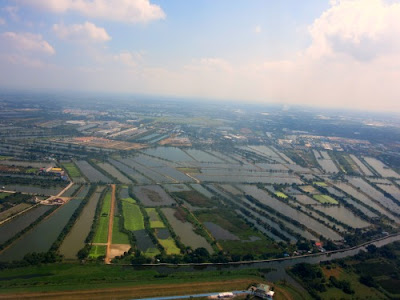 The flight was short at just under two hours.  This is the route we took: 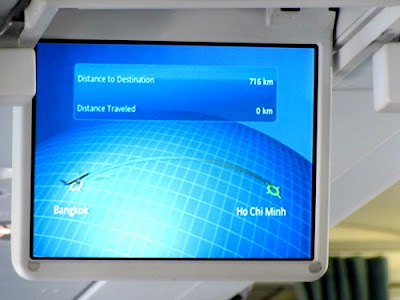 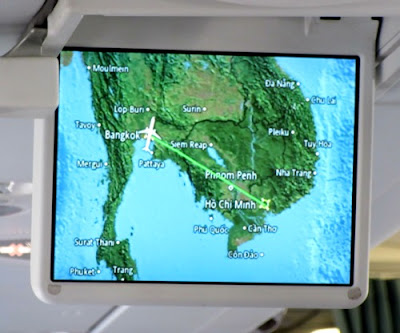 A light snack was served.  This was much appreciated as it's rare to get a meal on flights in the United States these days. 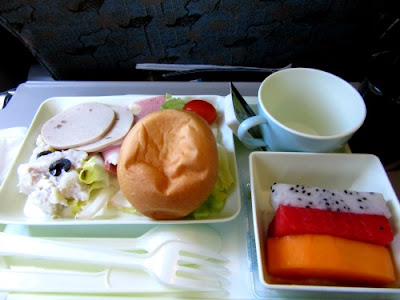 First glimpses of Vietnam - looks like a lot of farmland down there: 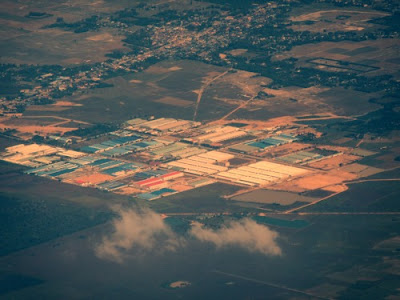 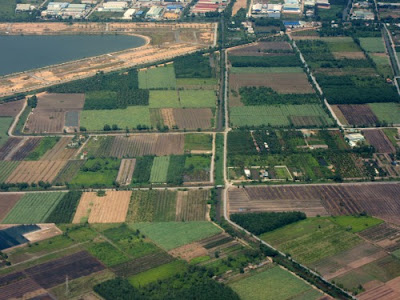 And, first glimpses of Ho Chi Minh City formerly known as Saigon.  Apparently, the people who live there still refer to the city as Saigon despite it having been renamed by the government. 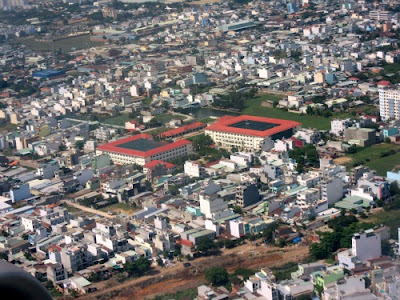 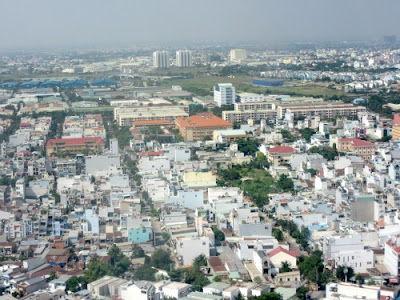 Our luggage arrived with us and after we claimed it, it was time to go through immigration.  We didn't know what it would like to go through immigration and security, but the entire process was very quick and efficient.  Our passports and visas were all in order and we soon found ourselves in the international terminal of Tan Son Nhat International Airport.  Our driver was waiting for us and we were on our way to the hotel.  Now that we had arrived, it was time to figure out what's what and to learn our way around this bustling city.