One of the things we did while in Vietnam was take a two day/one night cruise of Ha Long Bay.  It was a wonderful experience and one I'll be posting about in a separate entry.  Our tour bus picked us up at 8:00a.m., and the pictures below are photos I took during the drive.  With this post, I have tried to offer a wide cross section of the Northern Vietnamese landscape. 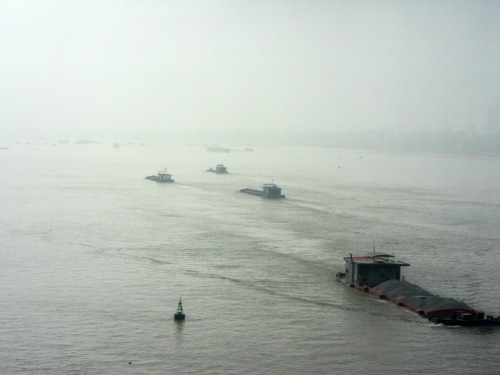 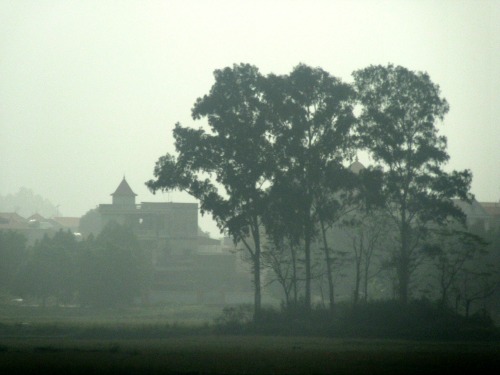 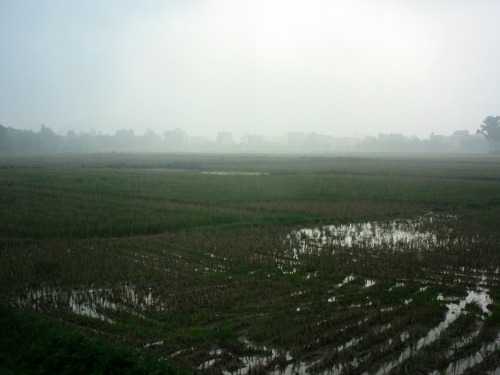 Small cemeteries dot the landscape of Vietnam.  Many are simply mounds of earth in the form of a circle, but if the family can afford it they will erect barriers, decorations and monuments at the grave sites.  Landowners are buried at prime locations on their property, often near a stream or within sight of a mountain.   Families will then farm around the graves.  Like many Asian cultures, the Vietnamese believe making the deceased comfortable in the afterlife is of utmost importance.  Graves are often not well tended because the condition of the graves aren't as important as the locations.  A site that is in harmony with it's surroundings and the birth sign of the deceased are indicative of a good location. 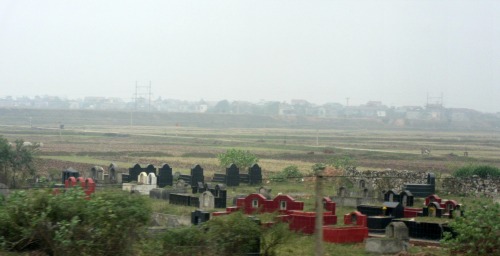 The Vietnamese are wonderful farmers and use very little machinery to aid their efforts.  Most of the work is done by hand or with the help of a plow and oxen.  I saw the occasional tractor, but those were rare sightings. 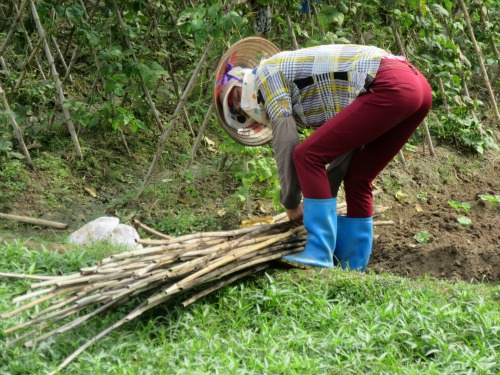 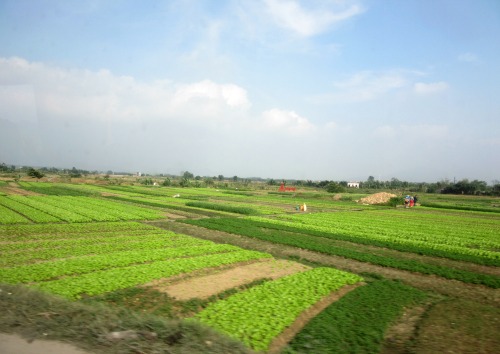 Trains are used to transport goods and people.  They are often old and run down looking, but they seem to get the job done. 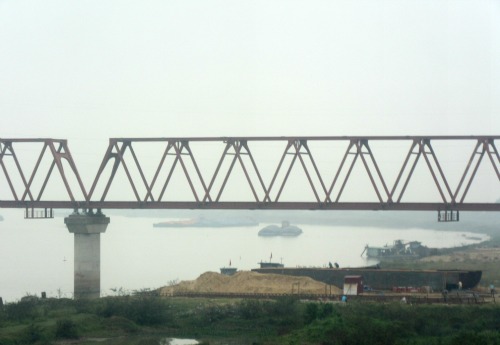 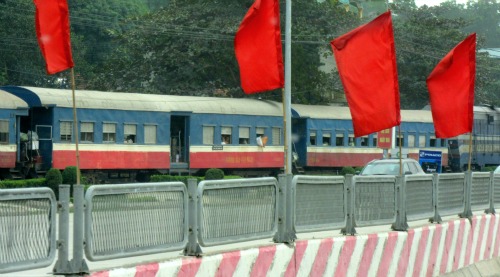 Pictures of the countryside.  Vietnam has flat wetlands, forests and mountains. 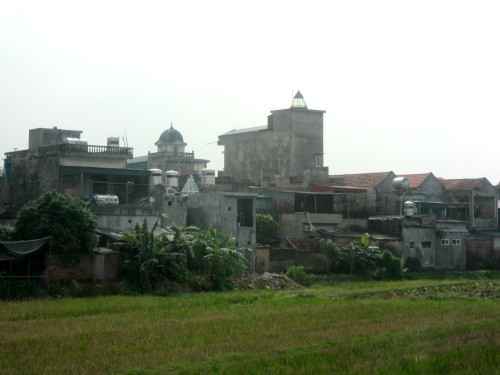 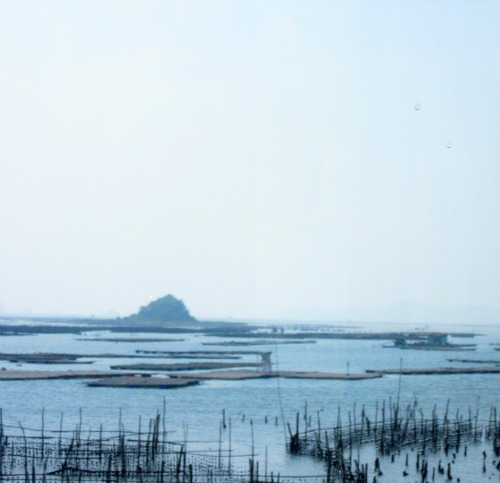 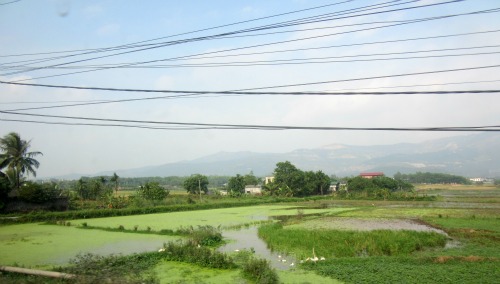 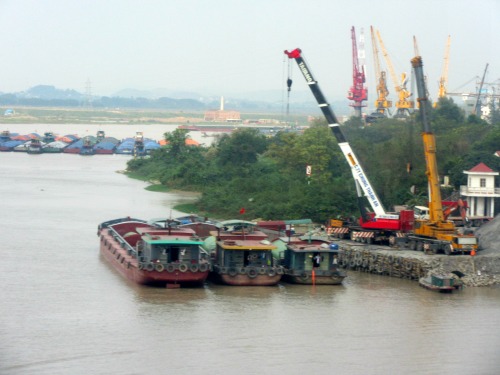 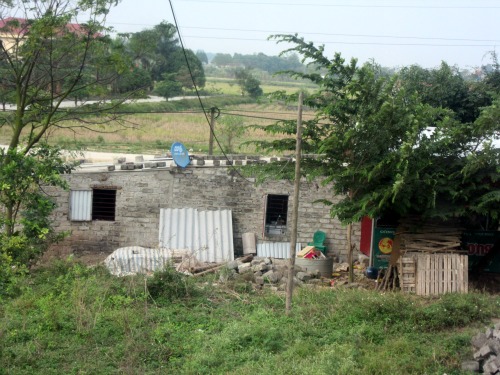 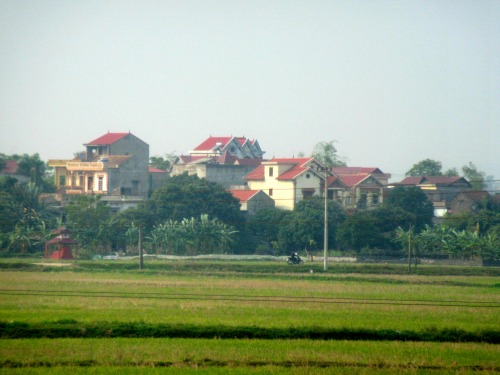 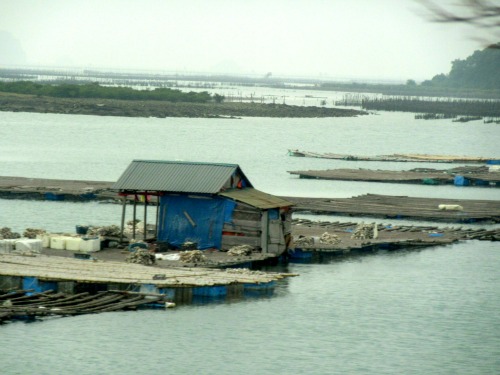 Whether in the country or the city, motorbikes transport some unusual cargo: 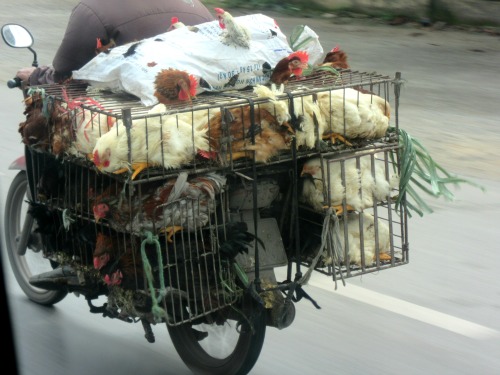 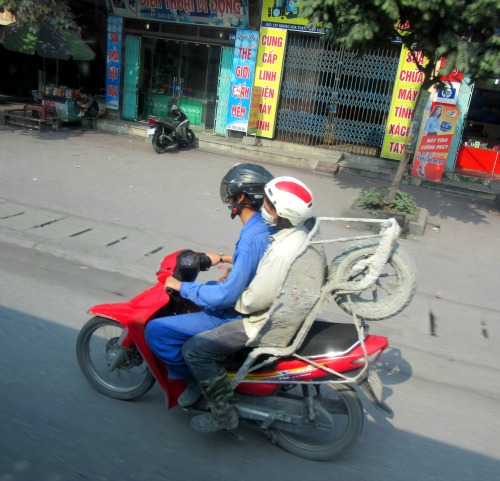 Our bus stopped at a center that employs people with disabilities to make large garden statues as well as smaller sculptures for the home, create artwork of many kinds from embroidery art and paintings to carvings as well as seamstresses making clothing.  There is also a restaurant on the premises.  These items may be purchased and shipped to any location in the world.

I did some research on the status of the disabled in Vietnam.  As in most countries, they are at a disadvantage with regards to education and employment, don't always receive adequate medical care and often live in poverty.  In addition, they often face discrimination because of their disabilities.  I was not able to learn anything about this particular center, but there is one in Hoi An called Reaching Out that is operating according to Fair Trade principles that is making it possible for the disabled to make a living and support their families.

What I can say about the center we visited based on my own observations, is that it was was clean and modern with up to date tools and equipment and good working conditions.

The statues start from these large pieces of rock and are then carved into figures using power tools for the initial work and small hand tools for finishing. 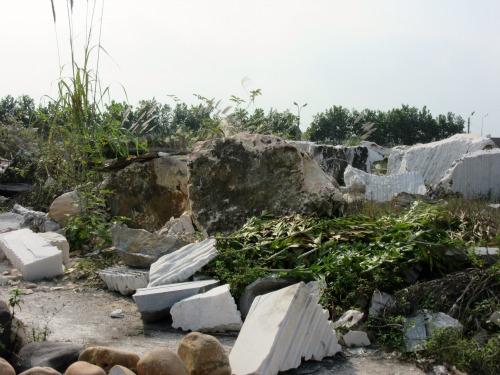 A woman puts the finishing touches on this statue. 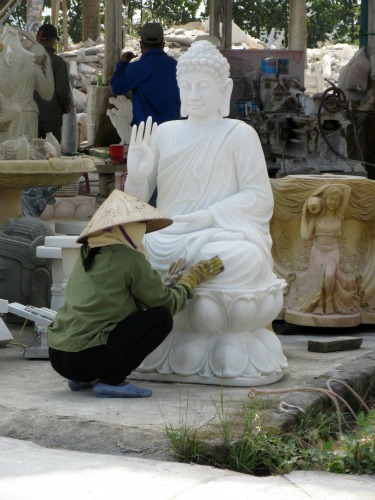 Finished statues are then loaded onto a truck and moved to the sales area. 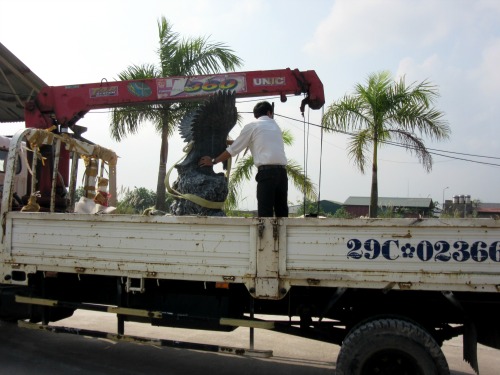 Here is an example of the garden statues that are produced at the center. 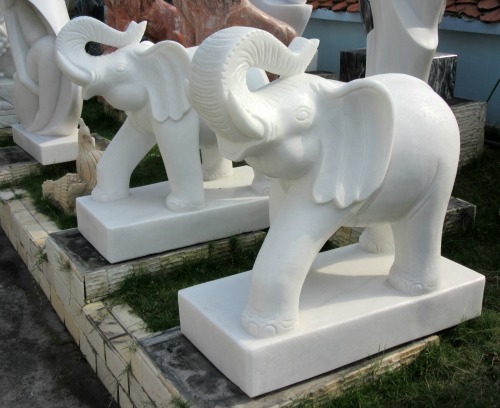 Examples of Vietnamese architecture.  The French influence can be seen in many of the buildings. 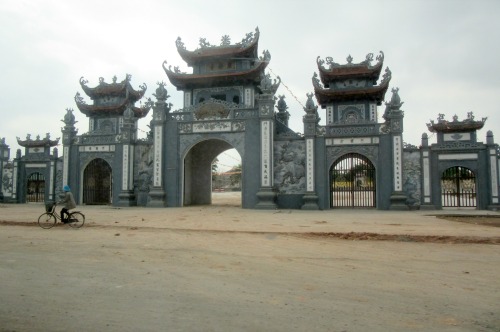 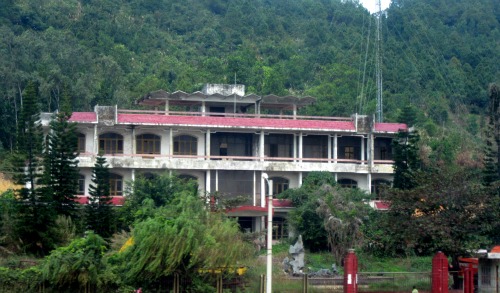 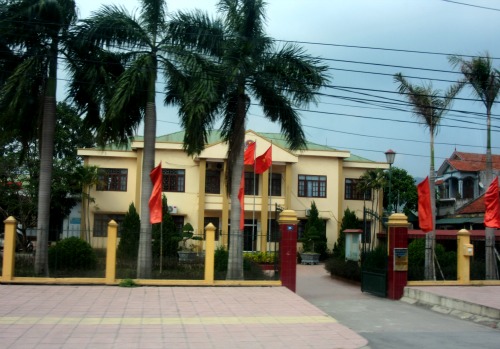 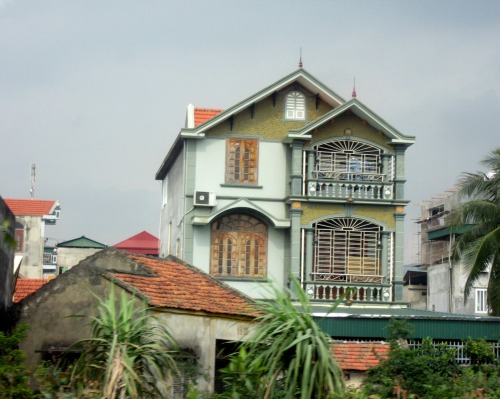 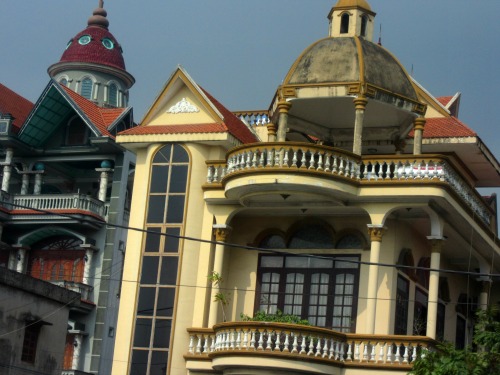 First glimpse of the harbor at Ha Long Bay. 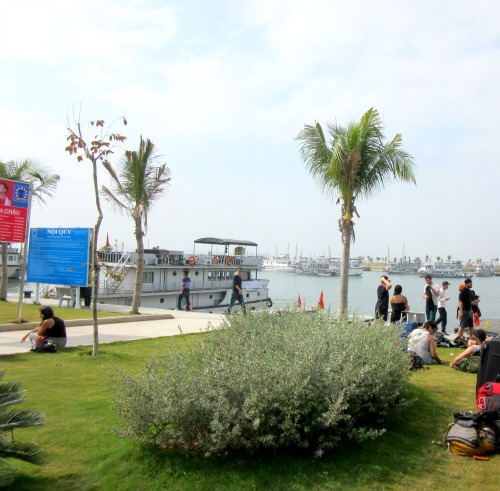 While the distance from Hanoi to Ha Long Bay would be a two hour drive in the United States, it takes four hours due to the volume of traffic and the conditions of the roads.  The drive itself was an enjoyable part of the Ha Long Bay trip as it gave me an opportunity to see much of the country that I otherwise would not have a chance to see.