Reduce, reuse, recycle.  That simple phrase was my mantra while creating my new studio.

There were perfectly good things being stored in the shed and garage and rather than buy all new stuff, I decided to re-purpose what I already had.  Doing so is good for the environment, good for the landfills and good for my wallet.

Before I do the new studio reveal (it looks so cool!), I thought I'd share a couple of the the items that have found new life in the studio.

Because there is a heater attached to one of the walls in this room, I can't put any furniture against it.  That wall was  a lot of space that could go to waste and I needed  a work bench for creating jewelry art.  There was a narrow door (24 inches wide) in the garage that had been replaced by a new door during a remodeling project.   With a little work, it had the potential to be a great work table. 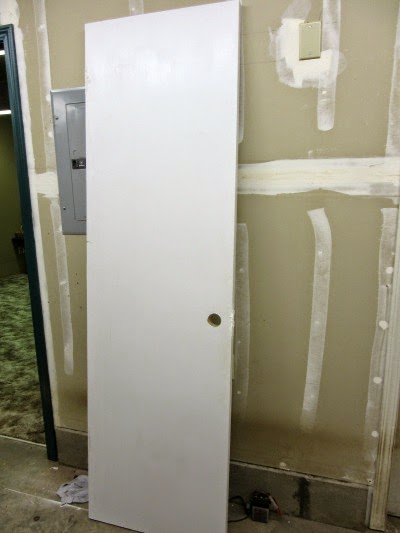 Where the hinges and latch had been were filled with wood putty: 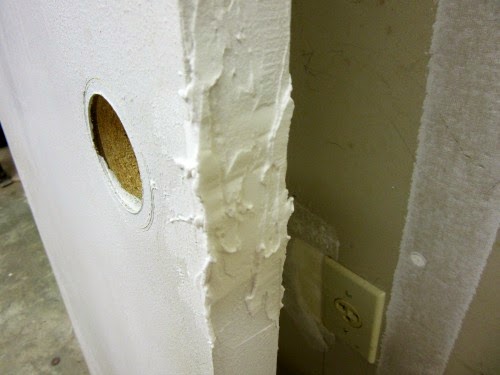 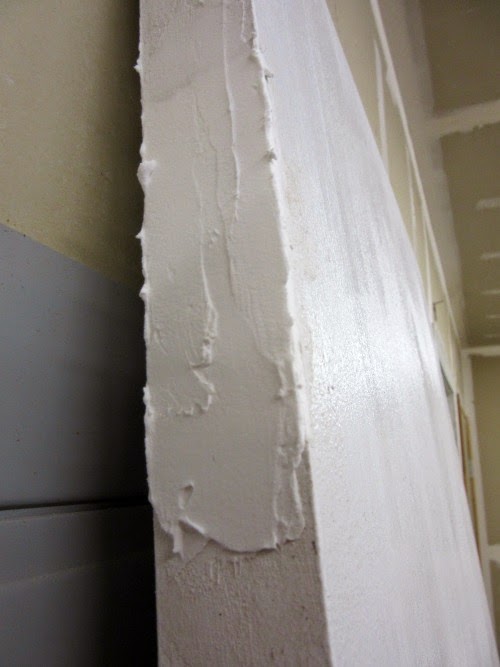 After the putty dried, it was sanded smooth: 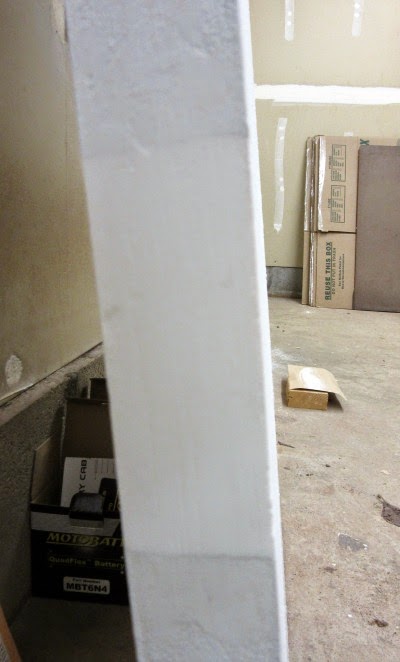 
Heavy duty brackets were screwed into the wall studs: 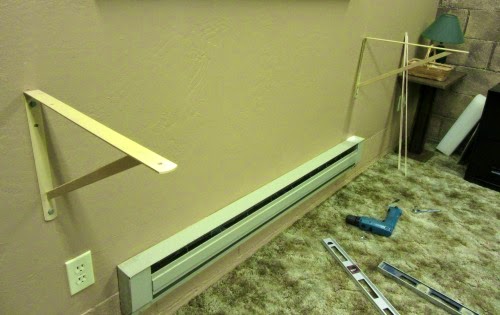 And, the door was screwed to the brackets for stability. I plan to use the hole where the doorknob was to tame the electrical cords attached to two lamps that will be placed on the table after their facelift is complete. 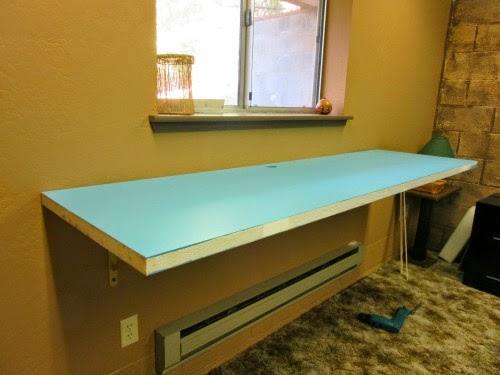 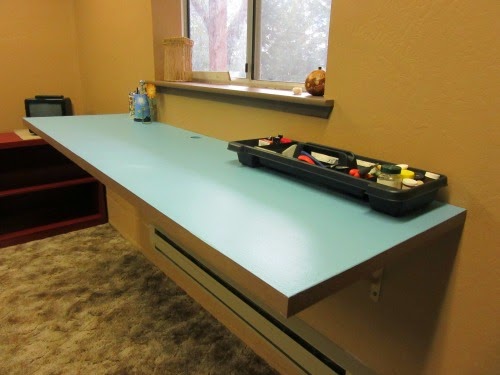 Note how the heater is under the table - my feet will be warm and toasty when I'm working.

The studio needed storage for my beads, components, tools, paint, wire and all the other things I've accumulated over the years.   There were two metal shelving units (one I'd been using and the other was in the shed) that would serve my purpose, but they desperately needed work.  To start with they were a horribly boring shade of beige.  They were also dirty and both had spots of rust. 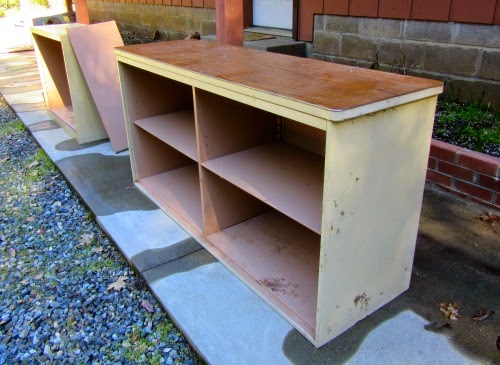 First I cleaned them up with soap and water: 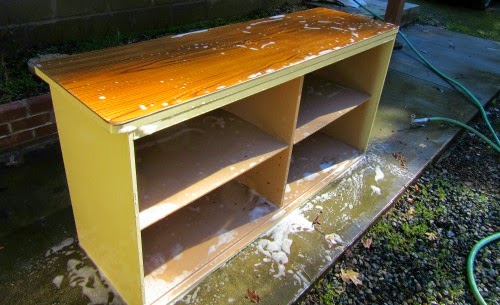 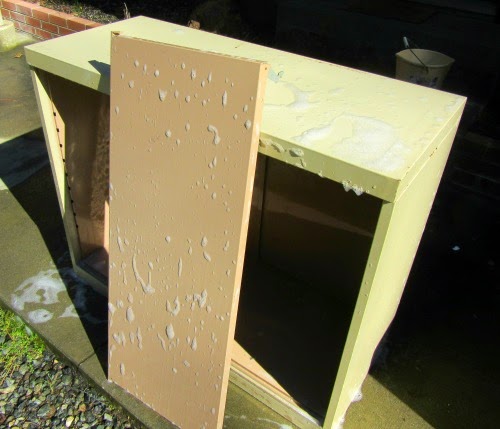 The rust spots were removed with a Dremel tool and a lot of elbow grease and sandpaper in the spots the Dremel didn't reach.  Tedious work for sure! 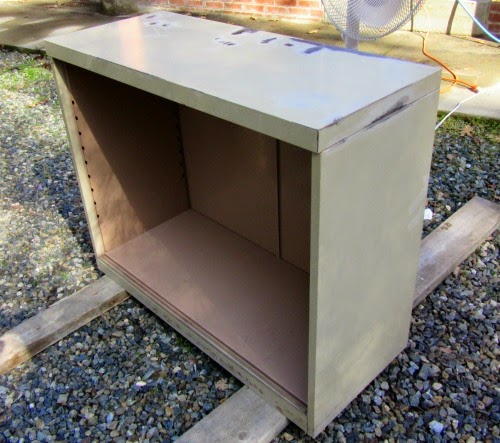 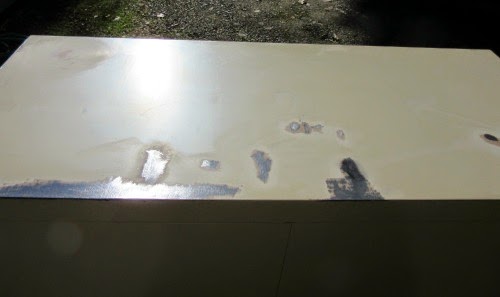 Next they were spray painted in burgandy satin.   It took several coats of paint to cover the beige: 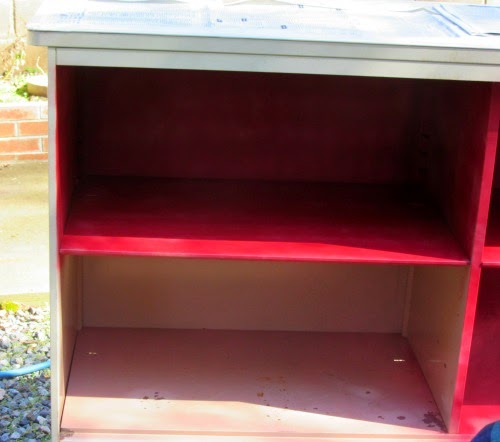 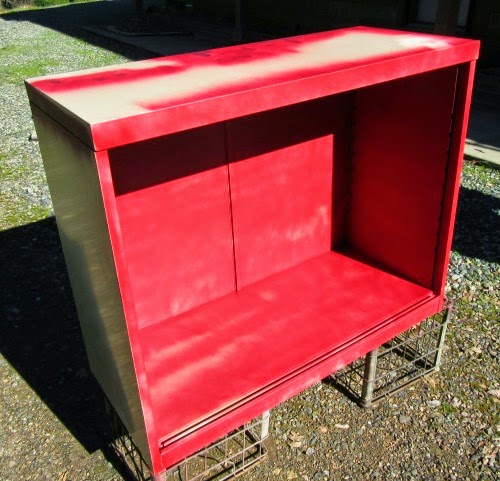 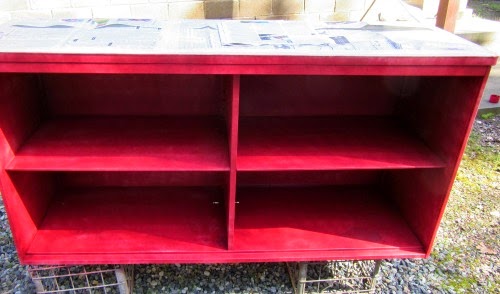 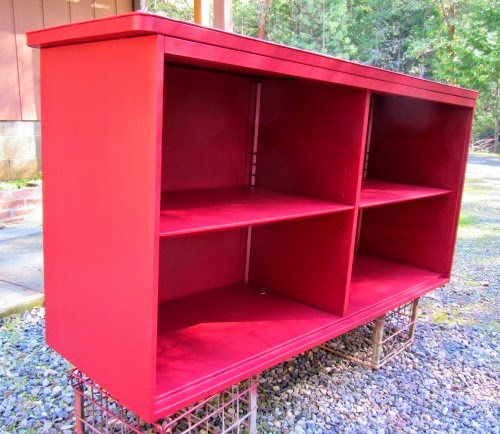 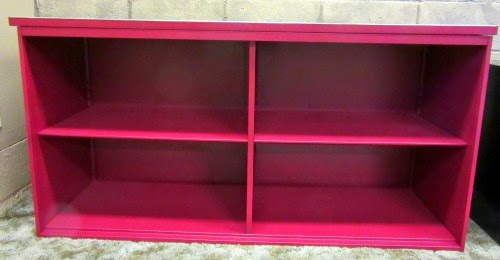 Next up, the big reveal - so exciting!


Posted by JewelryArtByDawn at 11:28 PM